While a new Ph.D. student was waiting for the rest of his furniture to arrive in Davis, he wrote an award-winning novel.

Tom Lin, who came to UC Davis in 2019 to study literature, joined Chancellor Gary S. May on this month’s installment of Face to Face With Chancellor May to talk about his debut novel, The Thousand Crimes of Ming Tsu.

Lin said he wrote the book over three weeks while he was waiting for the quarter to begin.

“I was thinking, you know, if I don't finish it now, I'm going to get really sucked into all the grad school work that I'm doing, and I don't know when it will ever get finished,” he told the chancellor.

Lin’s book tells the story of a Chinese American assassin trying to rescue his kidnapped wife in the American wild west. May asked how many Westerns Lin had come across that focused on Chinese American characters.

“The thing that I like to say is that Westerns have been to space sooner and more readily than they've had Chinese American protagonists,” Lin said, citing a couple TV shows and a handful of books.

New in this episode: Watch for a new Face to Face feature introducing the subject of each interview — also used for promos on social media.

The resulting novel isn’t just unique — it’s won critical acclaim. Calling it “a beautifully imagined first novel” and “a transcendent epic,” the American Library Association awarded the book the Andrew Carnegie Medal for Excellence in Fiction in January. Lin, 25, is the youngest writer to ever win the award. 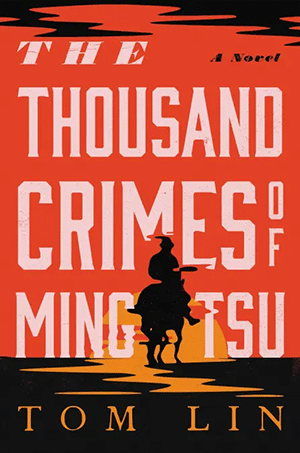 The book has now been optioned for development as a TV series, Lin told May.

Aside from the process of writing his novel, Lin discussed a wide variety of topics with the chancellor. They discussed his background and the place in New York where he fell in love with literature as a kid, as well as dream travel destinations and something with a possible connection to Lin’s next book: fusion reactors.

May also had a suggestion for Lin’s second novel, which the writer said he was in the process of researching.

“Maybe you could find a place for a character that's patterned after a certain chancellor in your next book,” he said. “No pressure.”

Cody Kitaura is a News and Media Relations Specialist in the Office of Strategic Communications, and can be reached by email or at 530-752-1932.