4 Elected to American Academy of Arts and Sciences 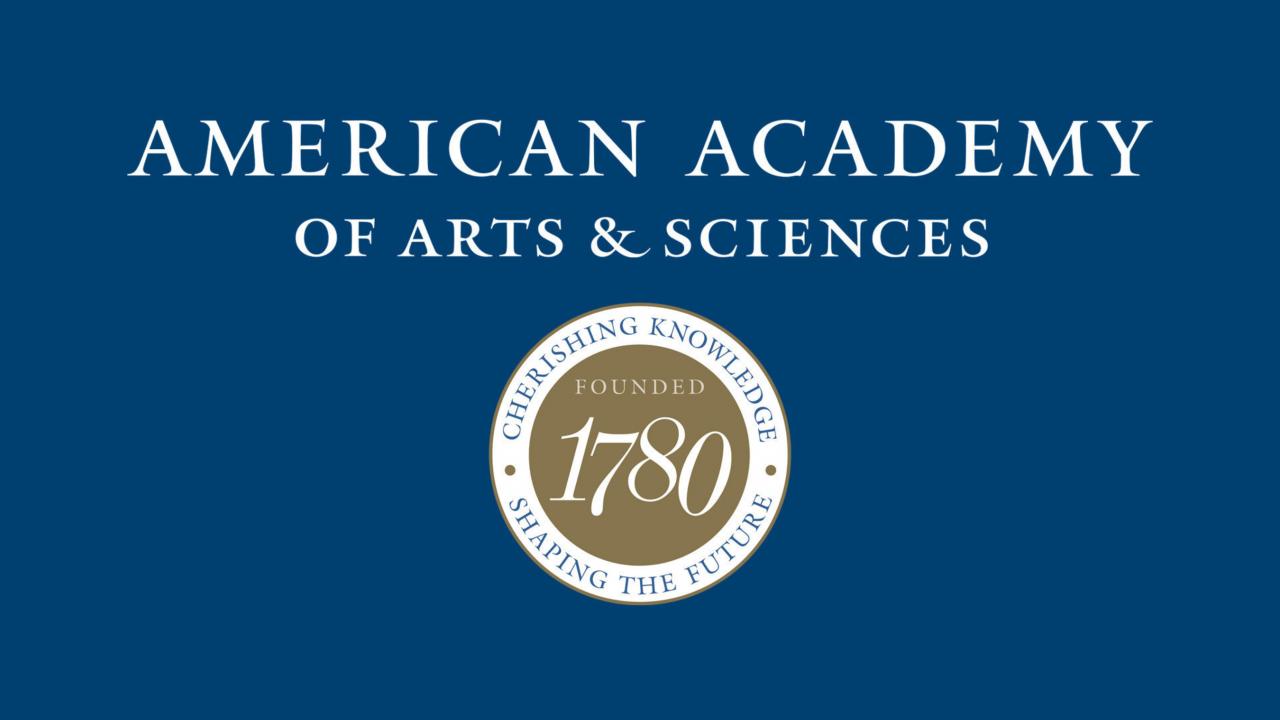 Four professors from the University of California, Davis, have been elected as members of the American Academy of Arts and Sciences. Established in 1780, the academy includes Americans with accomplishments in a wide range of fields, including scientists, artists, performers, poets and political leaders.

They join 27 other current UC Davis faculty members who are in the academy. See a list here.

John Adams and John Hancock were among the founders of the academy, believing that the fledgling republic should honor exceptionally accomplished individuals and engage them in advancing the public good.

The American Academy of Arts and Sciences brings together leaders from the academic, business and government sectors to respond to the challenges facing the nation and the world. Current academy research focuses on higher education, the humanities and the arts; science and technology policy; global security and energy; and American institutions and the public good. The academy’s work is advanced by its elected members, who are leaders in the academic disciplines, the arts, business and public affairs from around the world.

Robert C. Feenstra, the C. Bryan Cameron Distinguished Chair in International Economics at UC Davis, is known, according to colleagues, for transforming the academic field of international trade from primarily theoretical into a fully data-driven science. He recently teamed up with international colleagues to modernize the iconic Penn World Tables (formerly of University of Pennsylvania), into what is now known as the Penn World Tables at UC Davis and University of Groningen. The transformation of these tables, described in the top academic journal in the field, enables researchers in international finance and trade to make more accurate cross-country comparisons of nations’ costs of living, or gross domestic product, over time and to better analyze global growth.

He established the economics department’s Center for International Data, which collects, enhances, creates and disseminates international economic data. Feenstra has published over 100 articles on international trade, as well as 15 books, including a highly used textbook for undergraduate economics co-authored with department colleague Alan M. Taylor. He also authored what has become the quintessential textbook on international trade used by graduate programs throughout the world. He is a beloved and trusted advisor to students, many who now have academic posts at prestigious universities throughout the world, including China.

Jodi Nunnari is a distinguished professor and chair of the Department of Molecular and Cellular Biology. She is a pioneer in the biology of mitochondria, the structures that produce energy inside cells. Mitochondria have their own DNA and are linked to a wide range of diseases, including heart disease, stroke and inherited disorders. Nunnari was the first to describe mitochondria as dynamic networks in homeostatic balance, and her laboratory deciphered the mechanisms responsible for mitochondrial division and fusion.

Nunnari studied chemistry at the College of Wooster before attaining a doctoral degree in pharmacology from Vanderbilt University. She was a postdoctoral fellow at the University of California, San Francisco.

Nunnari is also a fellow of the National Academy of Sciences and an elected member of the European Molecular Biology Organization.

Andrés Reséndez, professor of history, specializes in colonial Latin America, borderlands and the Iberian world. His book The Other Slavery: The Uncovered Story of Indian Enslavement in America (2016) won the Bancroft Prize and the California Book Award for nonfiction. It details the imprisonment, trafficking and abuse of hundreds of thousands of Indians in North America from the time of Columbus to the late 1800s and how the Native American population was decimated. He is also the author of A Land So Strange (2007) and Changing National Identities at the Frontier (2005).

He has more recently focused on pioneering voyages across the Pacific Ocean, beginning with the first expedition that went from America to Asia and back (1564-1565), transforming the Pacific into a space of contact and exchange (Conquering the Pacific: An Unknown Mariner and the Final Great Voyage of the Age of Discovery). In 2020, he was awarded a Carnegie fellowship.

Geerat Vermeij, distinguished professor of earth and planetary sciences, is a paleobiologist interested in how predators and prey evolve together, especially among marine mollusks, and in how evolution, ecology and morphology interact.

Vermeij graduated from Princeton University and earned his doctoral degree from Yale University. During his career, he has received a MacArthur Foundation “genius grant” fellowship and a Guggenheim Foundation Fellowship. He is a fellow of the American Association for the Advancement of Science and the California Academy of Sciences.