Campus Safety Lighting Walk: Originally scheduled for Tuesday, Jan. 18, this annual event has been postponed while remote instruction continues through Jan. 28. The Police Department and Facilities Management have yet to determine a new date. Look for a Dateline announcement when the walk is rescheduled.

The other three newly activated call stations are a little farther out:

Click on any of the links above to see the exact location on the online campus map. Or upon opening the campus map, click on “Student & Staff Resources” and toggle open “Emergency Blue Lights.” Or use this direct link to see the regular, full-size version of the map shown below. The 21st emergency call station will be at the new Teaching and Learning Complex on the west side of the Silo. 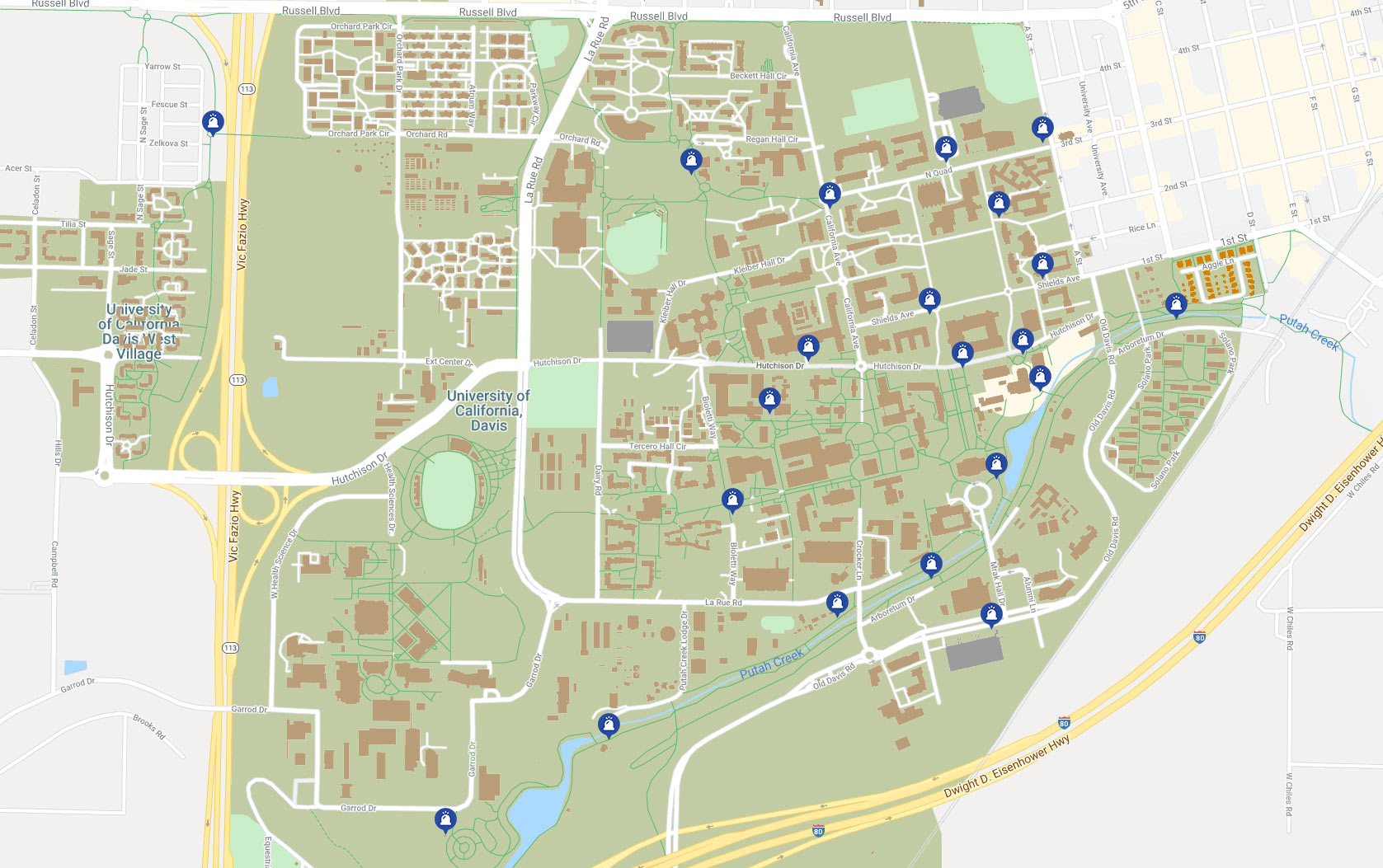 The new locations were determined based on discussions with the Associated Students of UC Davis and other student groups. “This was a student-led initiative,” said Jeff Rott, director of security at the Police Department and a member of the emergency call station working group.

The project began in 2016 with eight emergency call stations: seven along the Arboretum Waterway and one in UC Davis West Village (specifically, at the west end of the Highway 113 overpass for pedestrians and bicyclists, connecting West Village and the main campus).

The ASUCD and other student groups then advocated for more installations. Facilities Management and the Police Department worked with the ASUCD to draw up a list — leading to the activation in 2018 of three stations around the Quad and one at the bus terminal north of the Memorial Union. 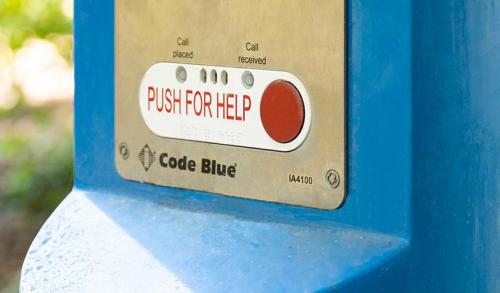 With the push of a button, call station users are connected directly to the campus Police Department’s dispatch center, which will send officers or firefighters as needed.

Each call station also includes a motion-activated camera. So, when a call comes in, dispatchers can see what’s happening in the vicinity of the call station and advise first-responders of the situation they will encounter.

Similarly, dispatchers can activate any of the cameras at any time to see everything within range. This can be useful when police have a report of suspicious activity in the general vicinity of a call station, because the camera may be able to detect what’s going on and where a suspect or suspects may be located. Recordings are stored for 30 days, then discarded, in accordance with university policy.

Funding for the latest round of eight call stations came from the UC Office of the President Violent Acts Mitigation Program ($200,000) and the Department of Homeland Security ($360,000, distributed by the California Office of Emergency Services.