On the Joy and Emotional Weight of Climate Science

As an oceanographer, Tessa Hill has logged many hours bent over shellfish and wading in seagrass beds, trying to understand ocean acidification, climate change and impacts to marine life and coastal communities. 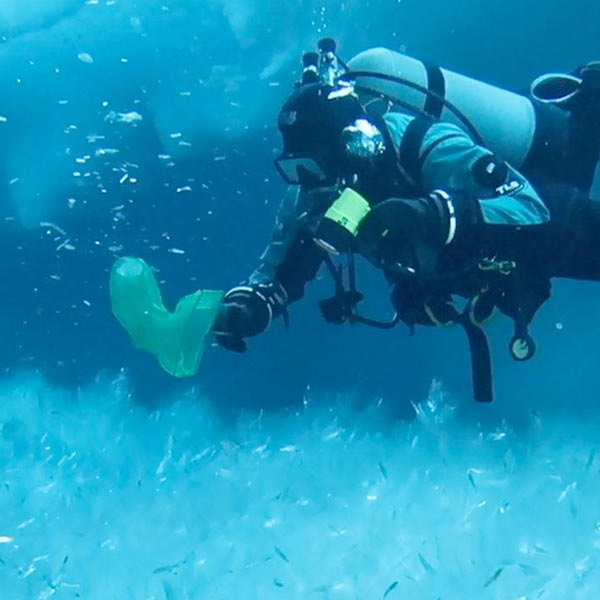 This article is part 5 of the series “Confronting Climate Anxiety”

View all eight parts of the series, and find out what scientists are doing to turn climate anxiety into climate action.

She wears many hats — associate vice provost for Academic Programs in Public Scholarship and Engagement at UC Davis, professor in the Department of Earth and Planetary Sciences and at Bodega Marine Laboratory, and mentor to a group of scientists in her Ocean Climate Lab.

How did you get into this line of work?

Science was a good home for my curiosity at an early age. I didn’t think I’d become an oceanographer, but a veterinarian. Then in college, I got involved in a project to understand past environments in Florida. That ability to reconstruct and understand paleo environments was very intriguing to me.

The ocean piece is what’s in my heart. I grew up near the ocean and felt connected to the ocean my whole life.

By the time I was in grad school, over 20 years ago, I was calling myself a climate scientist. My graduate school colleagues and I were very concerned about what we were learning and where we were heading.

When I first started covering climate change, I was surprised more scientists weren’t just running out of their labs screaming. I understand panic fatigue and optimism better now, but it all seemed so matter-of-fact when what they were saying was quite alarming to me as a young adult.

People who had been senior leaders in my field had all this information in front of them and at the time believed if we just learn what we don’t know and tell people about it, then people will act. They thought the knowing would be enough. I think that has evolved.

Grad students today want to be far more integrated with solutions. They don’t just want to research the scary trajectory we’re on. They want to know how to intervene, and I do too.

How does “the knowing” affect your day-to-day life?

It affects every aspect of my life and also has not taken away the joy.

I still enjoy so much about science, the ocean, beauty and nature. I hear that a lot in the climate science community. People cultivate the joy of relaxing in nature, going to the beach and enjoying the crash of the waves. We need that place inside of us to remember that joy to keep doing the work we’re doing.

With my kids, we spend a lot of joyful hours outside at the beach, camping, exploring, reading and learning about nature. That’s just who we are, no matter what time we live in. But many generations have taught their kids about things because they knew change is coming. I want them to understand that things are changing so someday they’ll tell their kids about it — hopefully in the context of how we turn things around.

Like a lot of people in California, you live in a fire-prone area. How does your experience with wildfire affect your approach to climate science?

Safety is something everyone wants and deserves. Do I worry about how much California is changing? Absolutely. Do I think there’s a place I can readily escape to? No, for a variety of reasons. There are racial inequities and injustices in how people are able to adapt. My ability to adapt or flee is vastly different from someone else’s.

In my lab, we think a lot about how climate change will impact foods that are important for people who have lived in what we now call California. That work is done in partnership with state agencies, sustainable seafood producers and Indigenous communities. For me, I’ve transitioned that desire for safety or security to ask how we address questions and problems that elevate the safety of everyone in a community, not just the people with resources.

How do you feel when you see news stories about the loss of species, water, forests?

I feel a lot of grief and sadness about what we’re losing. I wonder how much pain we’ll have to go through before people will address this. At some point, that pain and loss will get to be too much before we make collective decisions.

Do you think that will really happen?

I do. I think there will come a point when it is harming too many people and too many things and too many pocketbooks. I think we’re starting to see some of that.

That sounds almost hopeful compared to some people’s perspectives.

It’s different when it’s human suffering. We have a moral obligation to not throw our hands up and give up. If we had done this interview 15 years ago, I would have been less focused on adaptation and more on stopping climate change. I now understand we will have to do all of the above — it’s the only way we will sustain ourselves.

Do you have advice for dealing with the emotional part of climate change while studying it?

My students teach me a lot about this. We have conversations about “the knowing,” the emotional weight of walking around in society knowing something a lot of people have not fully faced yet. We try hard to take care of each other and to stay centered on doing science in partnership with people who will use the science. Who would want to be a climate scientist generating information that’s not being used?

Do you ever shut it off? Escape physically or mentally to recharge?

I think I do that unconsciously. I’m a runner. I have a really good friend I walk with every weekend, and we do not talk about climate change very often. I have my children who absolutely live in the moment, and I live in the moment with them.

I don’t say to myself, “I am going to not think about climate change now.” I shut if off in the way that everyone shuts off their job sometimes. But the work I do influences a lot of our family decisions around what we eat, around energy in our household. I think there is a piece of me that shuts it off when I need to just be a mom with her kids.

But we don’t have the luxury of escaping this. We’re in it. It should affect our daily decisions.

Growing up, did you think about the changing environment?

As a kid, I was interested in weather events. But with my own kids, 2021 was the first year in five years they did not have to miss school due to fire or smoke — but there was a pandemic.

There was a Superfund site where I grew up in Tacoma, Washington, by the Salish Sea. There’s been a lot of work there to recover and restore environments that were impacted by industrial processes. One of the things I remember about coming back from grad school is things were actually better. Ecosystems had bounced back. I went tidepooling with my mom, and we were surprised — there was an octopus under this rock, crabs over here. The environment had recovered quite a bit because of people’s work in doing that.

There are examples of people restoring and living with nature in a way that’s not as destructive as we are right now.

I say “we” a lot, but not everyone is partaking in the destruction of the planet. The “we” is very much a white colonialist production. There are people on the planet who have not played a significant role in climate change, and yet they’ll probably bear the brunt of the impacts.

You’ve talked about climate grief being a privileged concept. Can you share some of those thoughts?

Many generations of people have seen unspeakable ecological destruction, and they have persisted and taken care of their kids and become leaders in envisioning the future we have in front of us. That intergenerational piece is important to keep track of when feeling sad about climate change.

I think we can call out the privilege we’ve experienced. It is a loss to realize the vision of your own future and your kids’ future and what you thought it would look like is probably not accurate. We share that loss with a lot of people on the planet. We have to find a place to work from that place with other people.

Tell me about book you’re writing.

Yes! I’m working on a book with Eric Simons of Bay Nature called Ocean at the Edge of the Map. We’re trying to tell the story of how much the ocean has changed due to humans but also how it’s changing the humans who love it.

The ocean is the main character of the book. The voice of those documenting the changes are certainly scientists, but also Indigenous community members, fishermen on the coast, conservation groups. These are people who know the ocean really well and can explain to us how it has changed and why everyone should not just be worried but want to stand up and fight for it.

What brings you joy?

My kids. Laughing with my kids and my friends and my husband. Seeing beautiful things in nature. Showing those things to my kids. Reading a good book in my bed. Cooking and baking. … There’s a long list of things that bring me joy.

Also, going over with students the data they’ve collected — I feel joy in that. It’s amazing to look at a piece of paper with data that no one else knows yet. It’s like a secret about the ocean. We’re trying to understand something, and there’s a picture in front of us, and no one else has seen that picture. There’s an enormous amount of joy in that feeling. 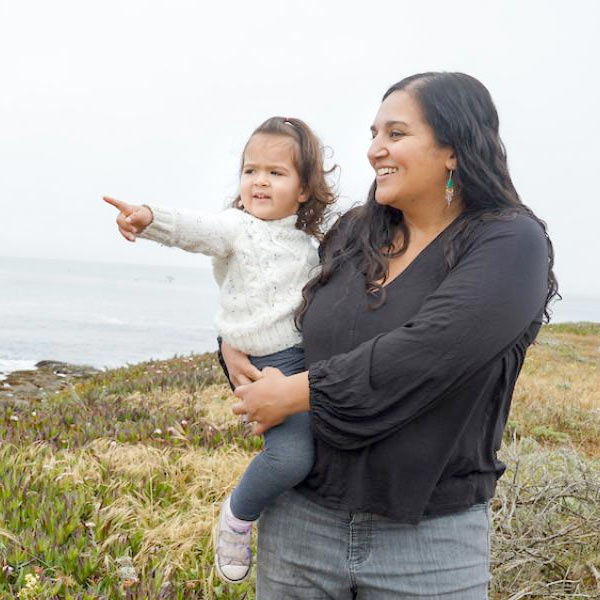 Continue the series with part 6, “Alyssa Griffin: The Capacity to Care”