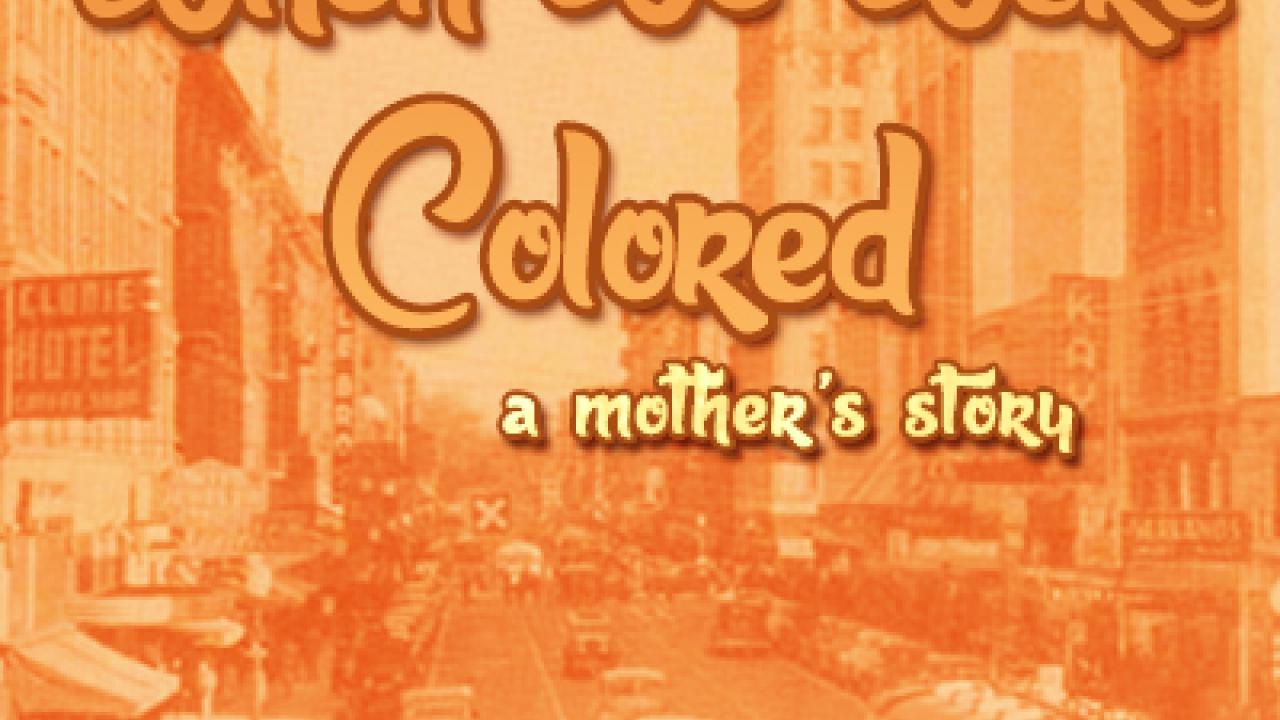 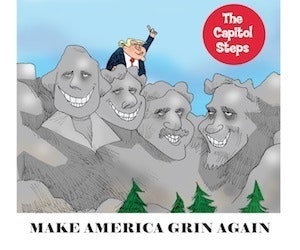 The Capitol Steps, America’s premier musical satire group, bring their new “Make America Grin Again” tour to the Crest Theatre. Following the historic mid-term elections, the “Steps” have an enormous amount of new material to make you laugh till you cry. The Capitol Steps have elevated musical satire to an art form. Before The Daily Show, Full Frontal, and The Colbert Report, this Washington, DC-based comedy troupe gave audience laugh cramps with their bipartisan lampooning. The Capitol Steps began in 1981 as a group of DC staffers who set out to satirize their employers and haven’t let up since. If you’ve been keeping with the news, you know there’s no shortage of material. It doesn’t matter if you’re right or left side of the aisle, neither side is safe from this hilarious troupe. 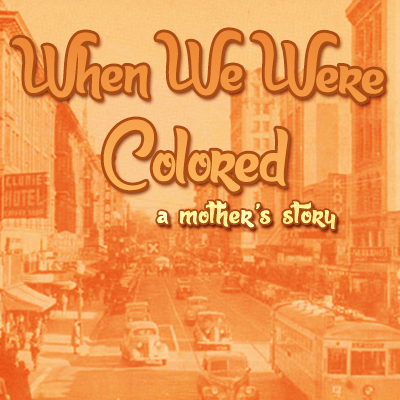 Based on a memoir by Eva Rutland, this world premiere tells the story of one family’s experience with integration in post-World War II Sacramento. When a black mother moves to California from the segregated south with her husband and children, the family must confront what it’s like to be the first black household on the block, the only black children at school, and how to continue to love those with different ideologies — even when they live under your own roof.

At once timely, poignant and funny, this production continues STC’s commitment to produce new works with local relevance. 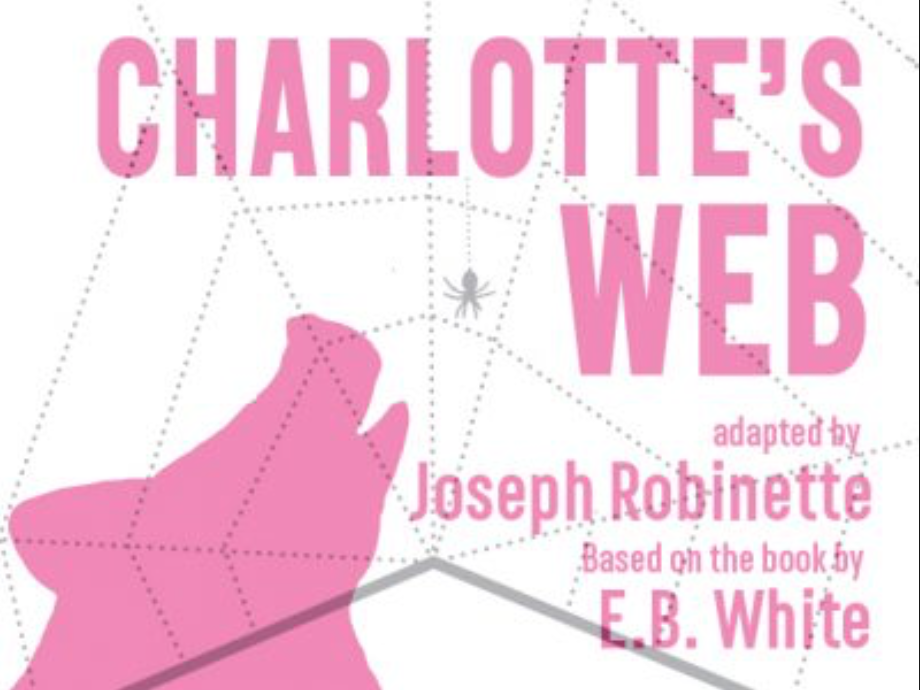 E.B. White’s beloved children’s story is adapted for the stage in this delightful, colorful production. When Wilbur the pig is befriended by a small spider named Charlotte, the friendship sets off a series of events that turn Wilbur from the runt of his litter to “Some Pig.”

This Latin Grammy Award-winning Mexican alternative rock band has achieved success in Mexico and most Spanish-speaking countries. Their sound is influenced by The Beatles, as well as 1990’s Britpop and Seattle grunge. 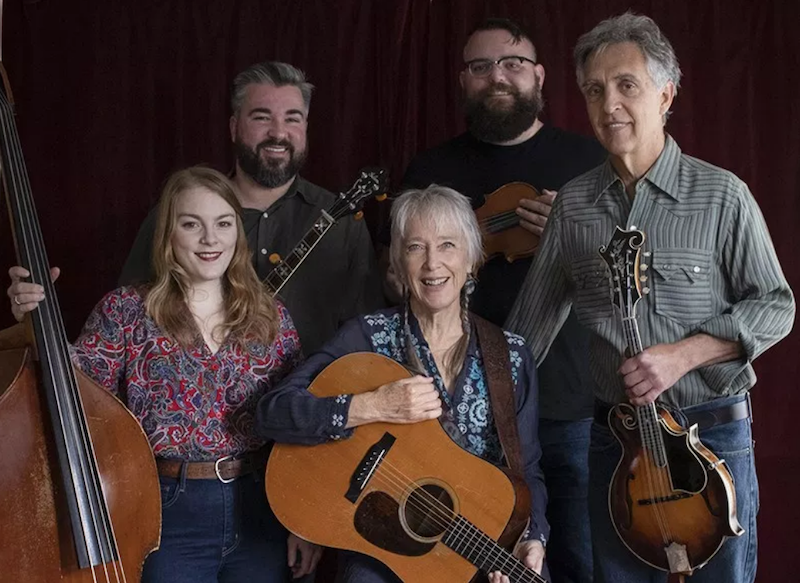 Grammy Award-winning musician Laurie Lewis is internationally renowned as a singer, songwriter, fiddler, bandleader, producer and educator. She has twice been voted “Female Vocalist of the Year” by the International Bluegrass Music Association and has won the respect and admiration of her peers. With Tom Rozum on mandolin and vocals, Patrick Sauber on banjo and vocals, Brandon Godman on fiddle and Sam Grisman on bass and occasional vocals, The Right Hands specialize in that good old-time Berkeley hillbilly sound. Their 2016 album, “The Hazel and Alice Sessions,” was nominated for a Grammy for Best Bluegrass Album of 2016. A pioneering woman in bluegrass, Laurie has paved the way for many young women today, always guided by her own love of traditional music and the styles of her heroes that came before. 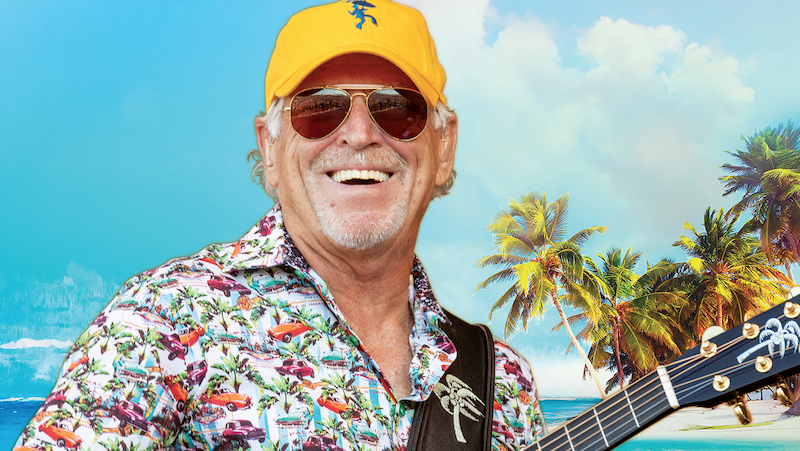 He’s a musician, songwriter, author, actor and businessman. But, Jimmy Buffett is best known, of course, for his music, which often portrays an “island escapism” lifestyle. This concert is part of Buffett’s “Son of A Son Of A Sailor” Tour 2019.

There’s no better way to celebrate St. Patrick’s Day, says The Irish News and Entertainment, than with a "great celebration of Ireland and its rich culture!" Featuring principal dancer Connor Reider (The Chieftains, Celtic Fyre, Celtic Wings, An Irish Christmas) and four multi-instrumentalists from the Kerry Traditional Band (Ryan McKasson, Colin Cotter, Christa Burch and Preston Howard-Wilde). Fiddles, uilleann pipes, bodhran, guitar, vocals and flutes will ring through the theatre as the band shares its passion for the traditional music of Ireland. 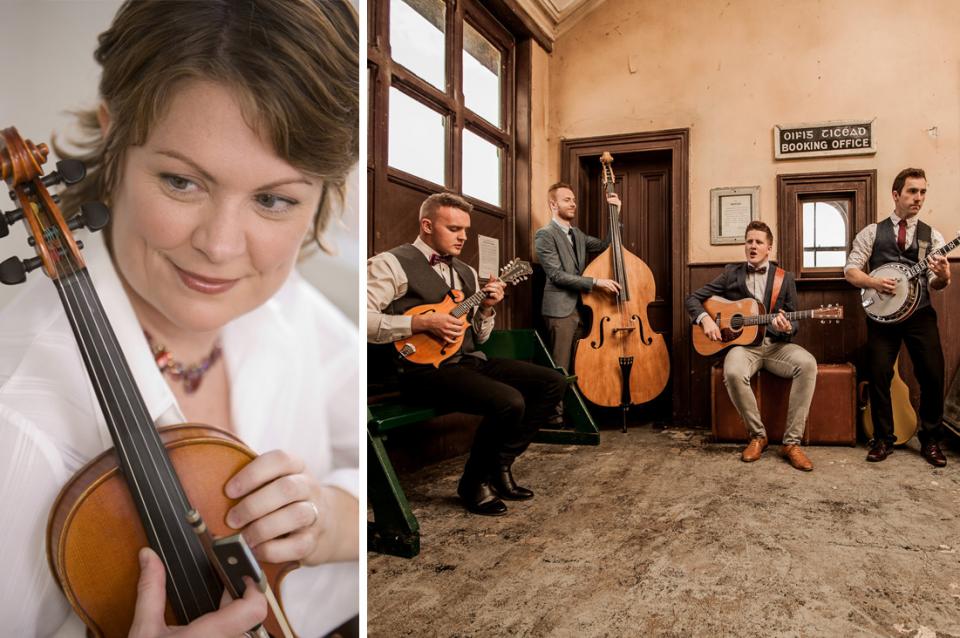 Get ready for great craic at the Mondavi Center’s annual St. Patrick’s Day Celebration! The evening starts off with a pre-concert beer tasting in the Yocha Dehe Lobby, and then the celebration ramps up with the Mondavi Center debut of JigJam. This powerhouse quartet from the heart of the midlands blends traditional Irish music with bluegrass and Americana for a concoction all their energetic own. Following JigJam, is Grammy Award–winner Eileen Ivers, one of the great innovators and pioneers in the Celtic and world music genres. Her list of accomplishments is dizzying and her stage show “electrifies the crowd with a dazzling show of virtuoso playing” (The Irish Times). 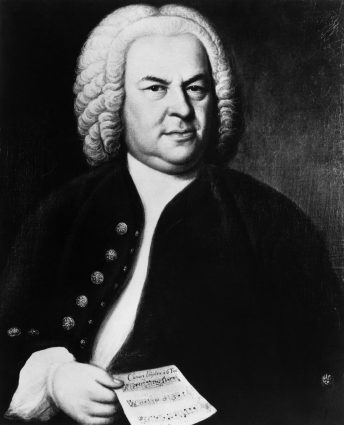 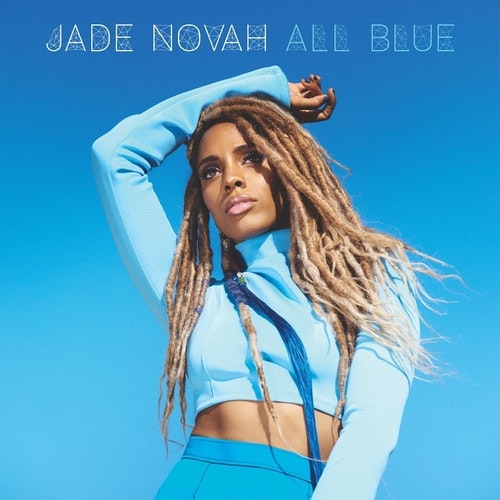 Versatile, contemporary R&B singer and songwriter Lindsay Fields combines her love of both music and acting under the alias Jade Novah. She began her career working as a backup singer and a songwriter-for-hire for the likes of Missy Elliot. 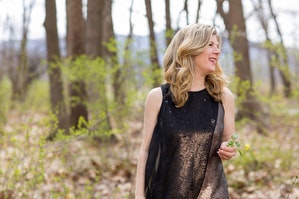 Dar Williams has been called “one of America’s very best singer-songwriters” by The New Yorker. She’s released 10 studio albums and authored four books including her latest, “What I Found In A Thousand Towns.” Known as much for her staunch progressive ideals as her raw acoustic energy, Williams has been captivating audiences with her sheer elegance and honesty in her folk-pop songwriting since the ’90s. 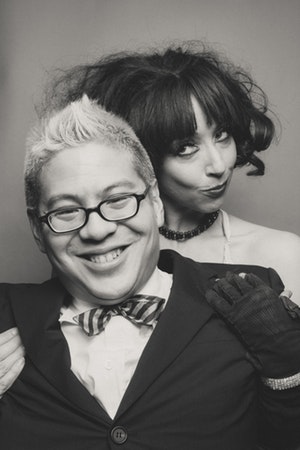 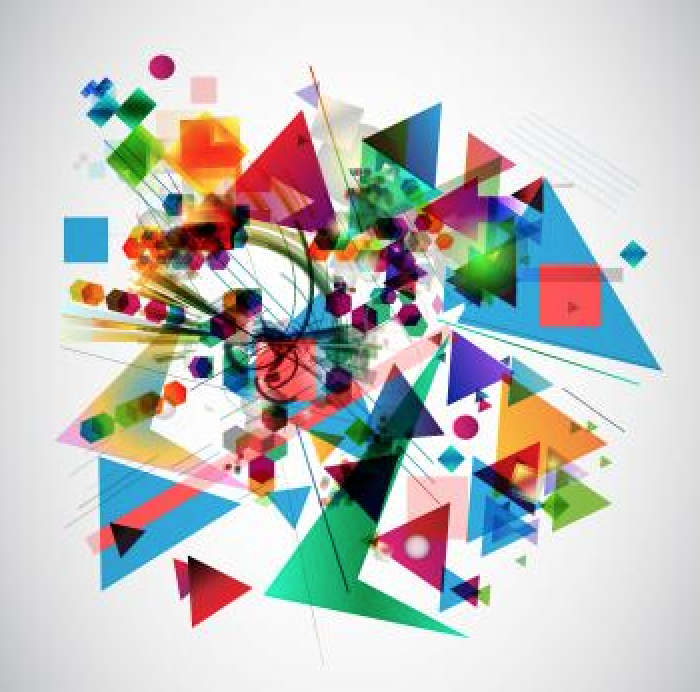 Works of improvisation by composers such as Cage, Oliveros, and Lewis, in addition to new work by students and Professor Kurt Rohde. 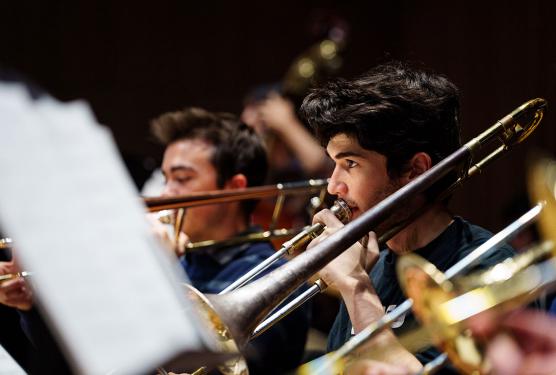 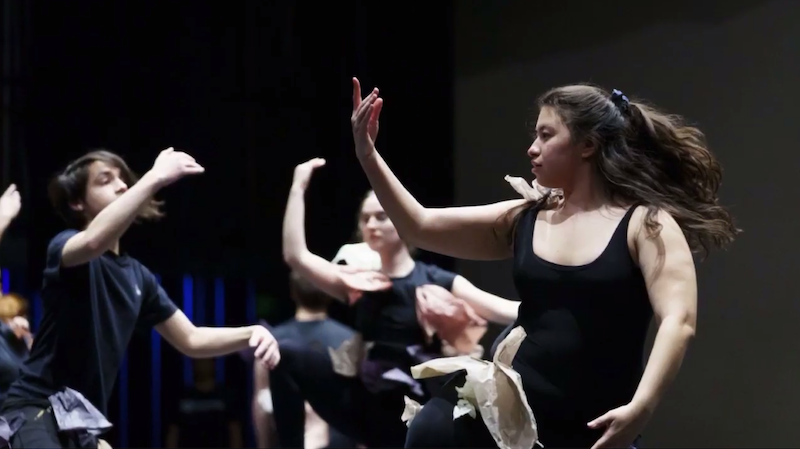 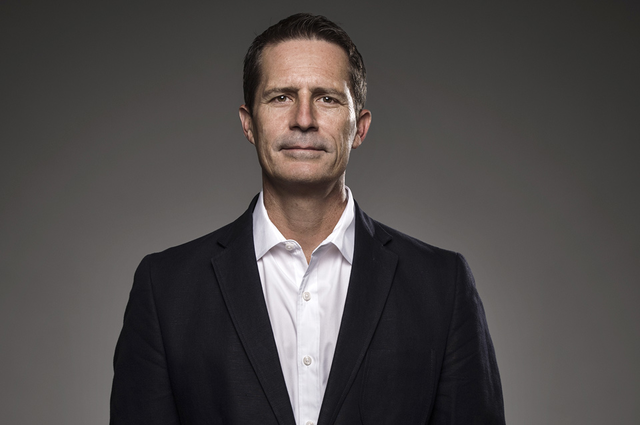 Trump, the Media, and the Fight for Truth

UC Davis alumnus Greg Miller (’90) covers national security for The Washington Post, and is the author of the book "The Apprentice—Trump, Russia and the Subversion of American Democracy" (HarperCollins, 2018). Miller was among the Post reporters awarded the 2018 Pulitzer Prize for National Reporting for their coverage of Russia's interference in the 2016 election and the fallout under the Trump administration. Miller was also part of the team awarded the 2014 Pulitzer Prize for Public Service for the paper's stories about U.S. surveillance programs exposed by former intelligence contractor Edward Snowden. 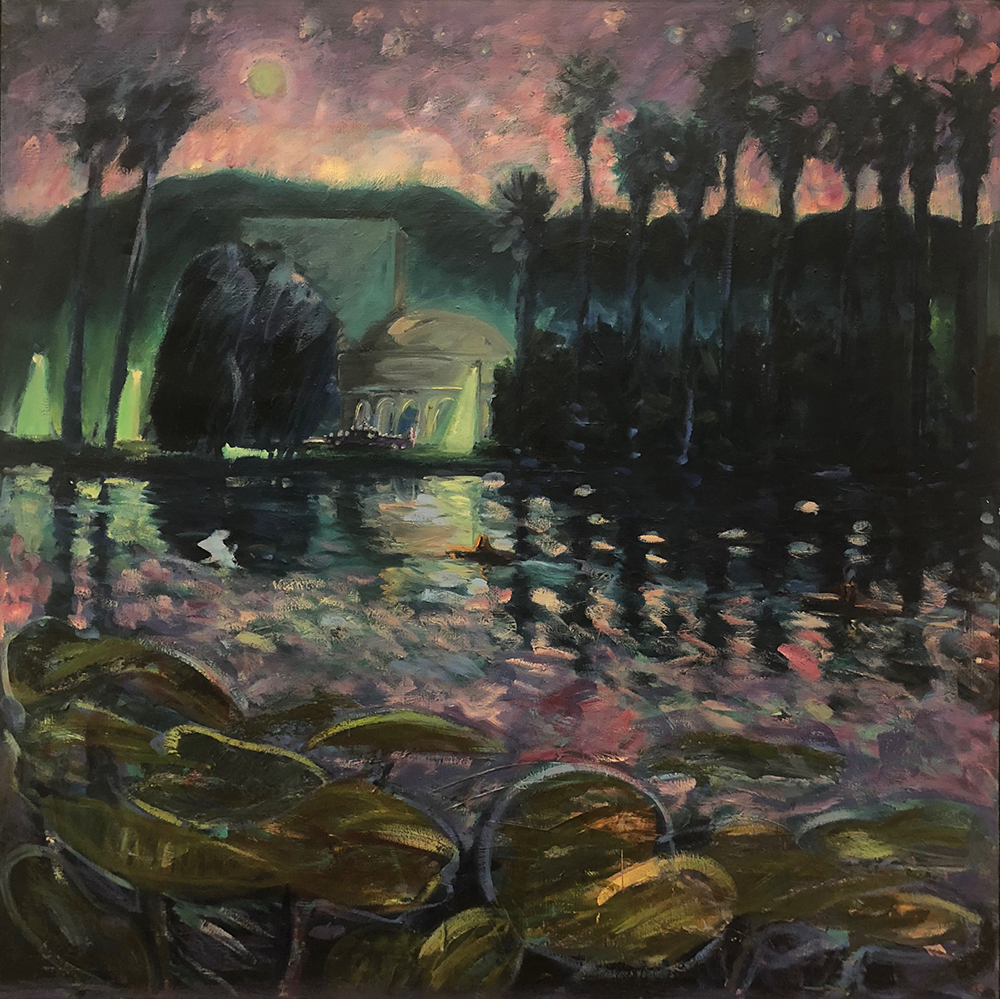 Arte Extraordinario showcases work by a diverse group of artists, all of whom share a heritage associated with Spanish-speaking cultures in the Americas. Some of these artists may identify as Latinx, an alternative gender-neutral term for Latina or Latino that is quickly becoming more popular, especially among a younger demographic. The exhibition covers a range of genres from figuration to landscape to abstraction, as well as a variety of themes including politics, activism, humor, family, and religion. Many of the featured artists have roots in California and several are nationally or internationally recognized for works that challenge, critique, innovate, or inspire. Thanks to the generosity of multiple donors, all of the artworks are recent acquisitions or promised gifts that will remain part of the Crocker’s permanent collection.