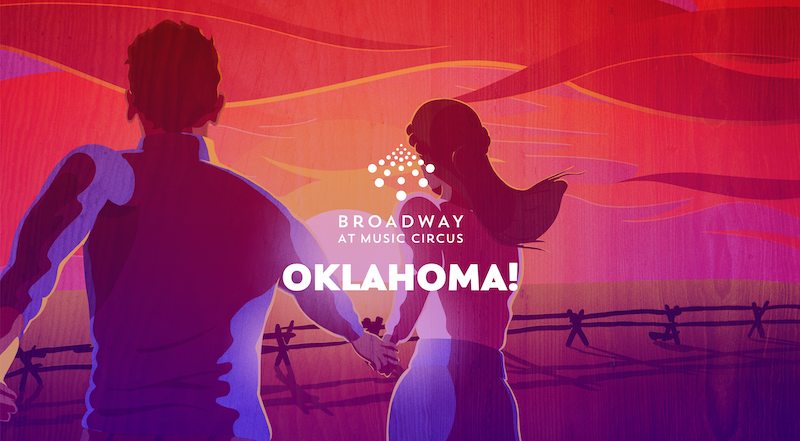 Widely considered one of the most influential pieces in the American musical canon, “Oklahoma!” was the first musical written by Broadway’s powerhouse writing team, Rogers and Hammerstein. The story follows a young farm girl and her courtship by two rival suitors in the Oklahoma Territory of the early 1900's. This iconic show includes classic numbers including “Oh, What a Beautiful Mornin’,” “People Will Say We’re in Love,” and, of course, the title song.

Shakespeare’s romantic, boisterous, and poignant comedy has never felt more relevant — or more hilarious! When young Viola is shipwrecked on an unfamiliar shore, presuming her twin brother drowned in the same wreck, she must disguise herself as a man to secure a job with the local Duke Orsino. But when asked to further Orsino’s romantic interests with the powerful Olivia, she finds herself tangled in an increasingly confused love triangle. Crossed wires, cross purposes, and crossed garters abound, leading to a final scene of revelations that allows almost everyone to live happily ever after.

Leapin’ Lizards! The irrepressible comic strip heroine takes center stage in one of the world’s best-loved musicals. Based on the popular comic strip by Harold Gray, Annie has become a worldwide phenomenon and was the winner of seven Tony Awards, including Best Musical. The beloved book and score by Tony Award winners, Thomas Meehan, Charles Strouse and Martin Charnin, features some of the greatest musical theatre hits ever written, including “Tomorrow.” This production by El Dorado Musical Theatre features colorful costumes and sets, stunning choreography and exceptional performances. It's an ideal event for the entire family. 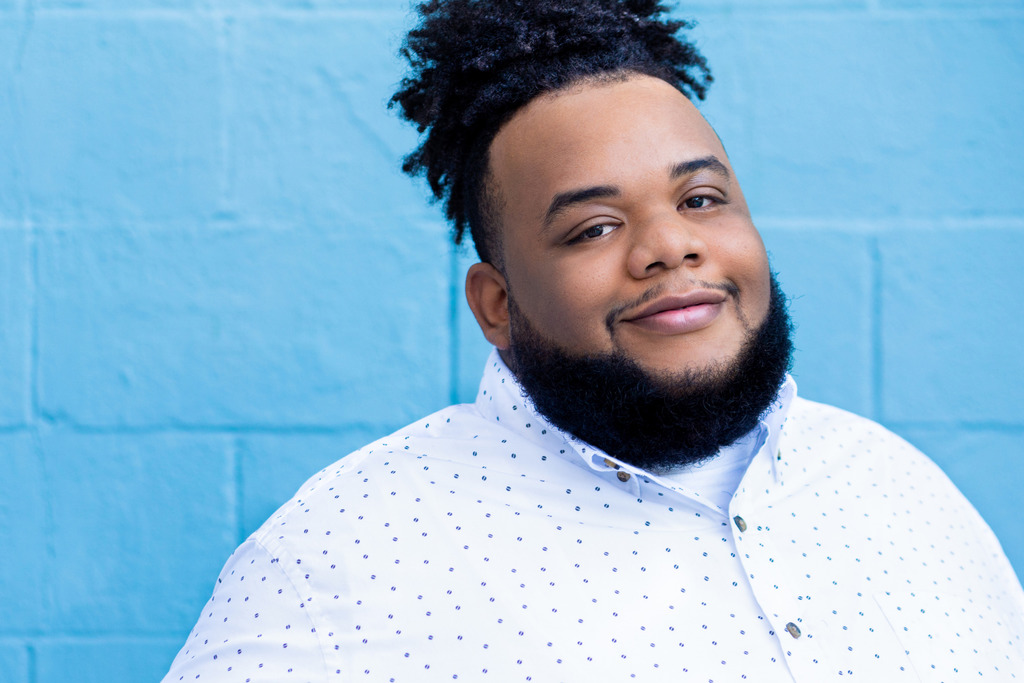 Kiry Shabazz is a stand-up from Cleveland, now based in LA. He started performing in Northern California and quickly became a regular at the Punchline, Rooster T. Feathers and Cobb’s. He’s won first place at the Rooster T. Feathers Comedy Competition, has been a World Series of Comedy Satellite Competition winner and was selected for the Laughing Skull Festival. Kiry was also recently named the winner of the 2017 Stand-Up NBC Competition. 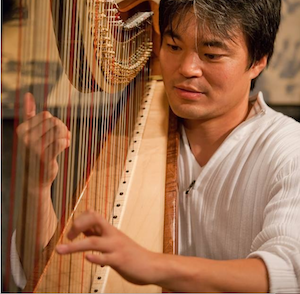 Awarded the “Best Jazz Hound in Tie and Tail” by Sacramento magazine, jazz harpist Motoshi Kosako takes inspiration from the bustling, electric cacophony of Tokyo and the serenity of the Sierra foothills to present compositions that are improvisational and original. Kosako is joined by fellow artists Michael Manring (electric bass) and Chris Garcia (percussion) as the Komaga Trio.

Along with the concert, attendees can enjoy all the museum has to offer, including special exhibitions, gallery talks, the museum store and dinner/ drinks at the Crocker Cafe by Supper Club. For the best seat in the house, bring your own chair. There is limited seating provided, standing room to mingle, and plenty of space to dance.

This summer’s prelude music will be provided by the Beth Duncan Quartet on the Café Stage from 5:30 to 6:15 pm.

Todd Rundgren has been writing and performing music for more than 50 years, both as a member of bands, like Utopia and The New Cars, and as a solo artist. He’s well-known for developing a diverse range of musical styles inspired by pop-rock, hard rock, baroque pop, classic rock, Broadway musicals and R&B among others. His accolades as a record producer rival his accomplishments as a musician, with production credits including albums for Grand Funk Railroad, Meat Loaf, XTC and the New York Dolls. 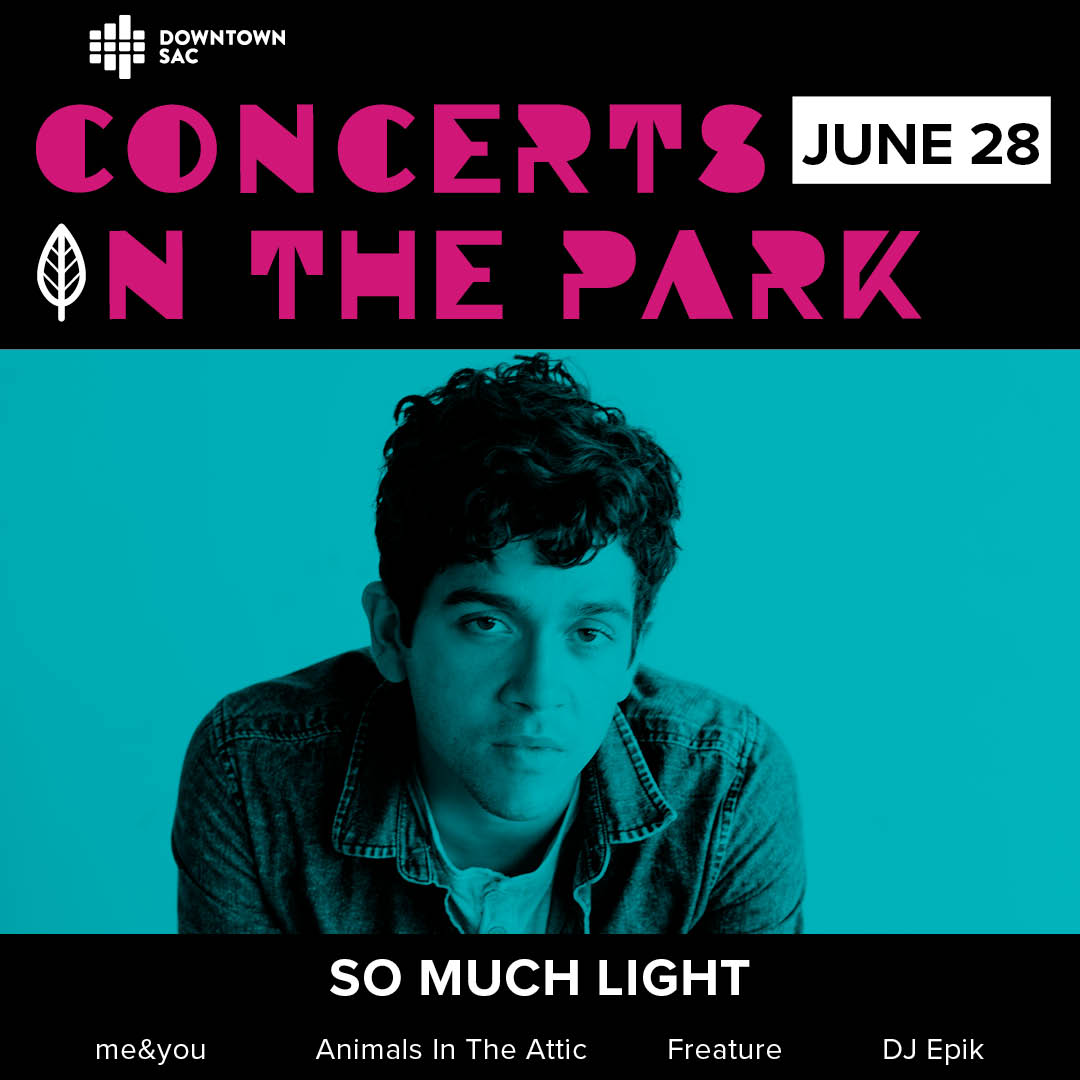 This week’s free Concert in the Park features So Much Light, the stage name of local artist (and UC Davis alum) Damien Verrett. Verrett joins thoughtful lyrics with a blend of R&B, electronic and pop stylings. He cites video game music as possibly the biggest influence over his arrangements and compositions.

Opening acts: me&you and Animals in the Attic; DJ’s Freatire and DJ Epik will be spinning between sets.

Singer-songwriter Khalid’s latest album “Free Spirit” came out in April and he’s now touring in support of it. He broke through in 2016 with the five-times platinum single, "Location” and followed through with a string of multi-platinum hits, including "Young Dumb & Broke" and "Love Lies.” As soon as his latest album debuted, Khalid made history by becoming the first and only artist to occupy the entire top 5 of the Billboard R&B Songs chart. 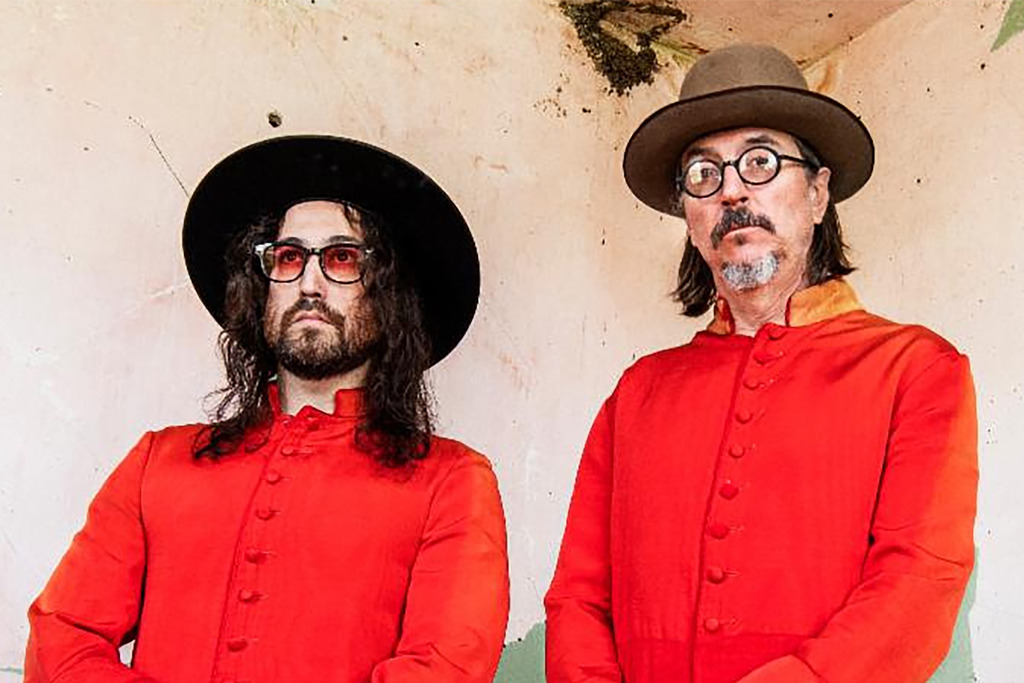 Back in 2015, bassist/vocalist Les Claypool, known for his work in the band Primus, and guitarist/vocalist Sean Lennon, lead singer of the Ghost of a Saber Tooth Tiger, got together with the thought of making an old-school, psychedelic and progressive rock record. They just released their second album earlier this year, called “South of Reality.” 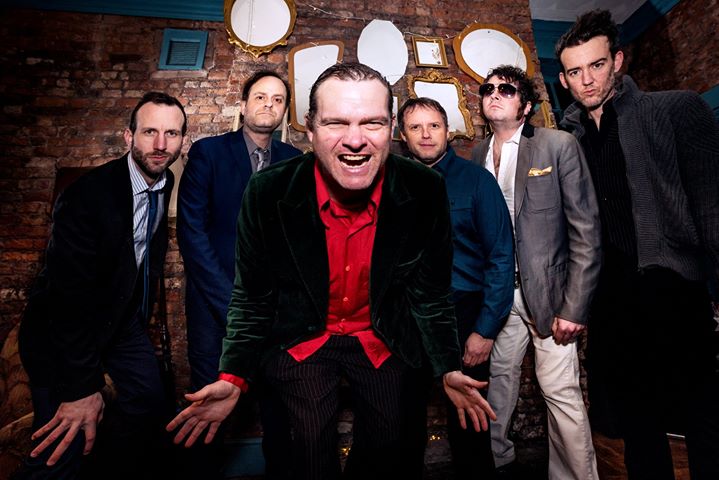 Electric Six are from Detroit and their style has been described as a brand of rock music infused with elements of garage, disco, punk rock, new wave and metal. Lead singer Dick Valentine has said his musical influences have beenFreddie Mercury, Talking Heads, Falco, Devo and Captain Beefheart; the rest of the group are inspired by Black Sabbath, Queen and KISS. Be prepared for a high-energy, fun, danceable show!

In his concerts, Michael Bublé is known for bringing as many jokes to the stage as he does songs, making for a night of all-around joy. The Canadian crooner’s smooth renditions of American standards and original songs make for a perfect date night.

Debuting at the California Museum, “Dolores Huerta: Revolution in the Fields/Revolución en los Campos” is a new traveling exhibit from the Smithsonian Institution exploring the life and legacy of the iconic Latina activist who broke barriers for more than six decades, starting with her work advocating for farm workers’ rights in the 1960's and 1970's. Inspired by the Smithsonian Institution’s National Portrait Gallery exhibition on Huerta, this bilingual exhibit includes reproductions of historic photographs, downloadable smartphone app and a documentary video. As part of the inaugural installation, the California Museum’s presentation features hands-on civic engagement activities and supplemental artifacts on loan from Huerta’s personal collection and other institutions, further illustrating her ground-breaking but often overlooked achievements and the history of California’s farm worker movement. 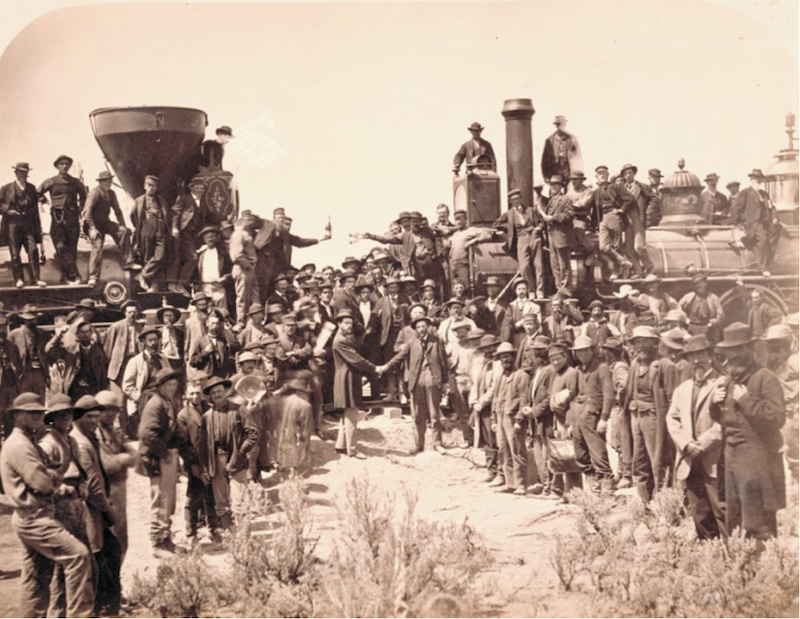 This exhibition celebrates the completion of the Transcontinental Railroad at Promontory Summit, Utah, on May 10, 1869, when the Central Pacific Railroad and its eastern counterpart, the Union Pacific, were joined by a golden spike. Two photographers, Andrew Joseph Russell for the Union Pacific and Alfred A. Hart for the Central Pacific, documented the railroad's challenging path through mountains and plains. Their original photographs and stereoviews, as well as archival materials relating to the Promontory Summit ceremony, will provide a new view into this transformative event, which allowed Sacramento — and E. B. Crocker — to prosper. 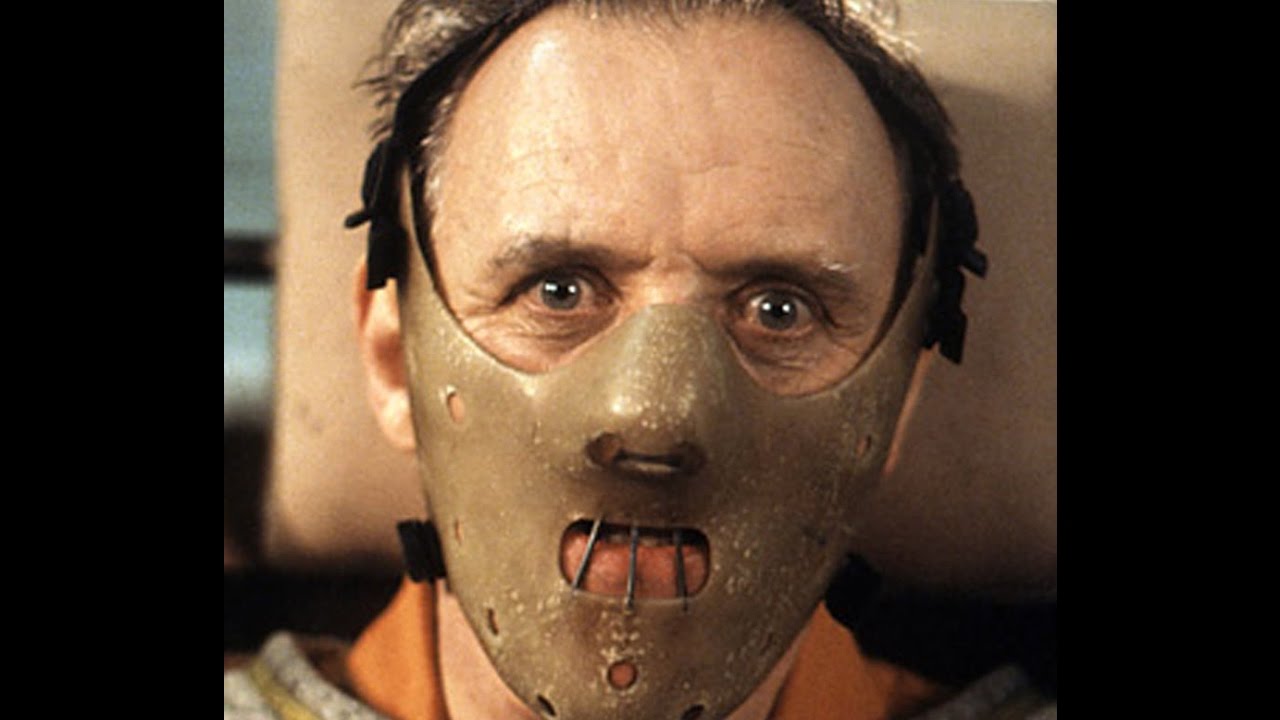 Director Jonathan Demme’s smart, taut thriller teeters on the edge between psychological study and all-out horror. In this multiple Oscar-winning thriller, Jodie Foster stars as Clarice Starling, a top student at the FBI’s training academy. In her investigation of a vicious murderer, she interviews Dr. Hannibal Lecter (Anthony Hopkins), a brilliant psychiatrist who is also a violent psychopath serving life in prison for various acts of murder and cannibalism. Both Foster and Hopkins won Oscars for their performances.