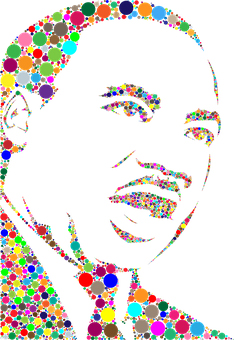 The Mountain Top is a gripping re-imagination of events the night before the assassination of Dr. Martin Luther King, Jr. On April 3, 1968, after delivering one of his most memorable speeches, he retires to his room at the Lorraine Motel. A mysterious stranger arrives and King is forced to confront his destiny. 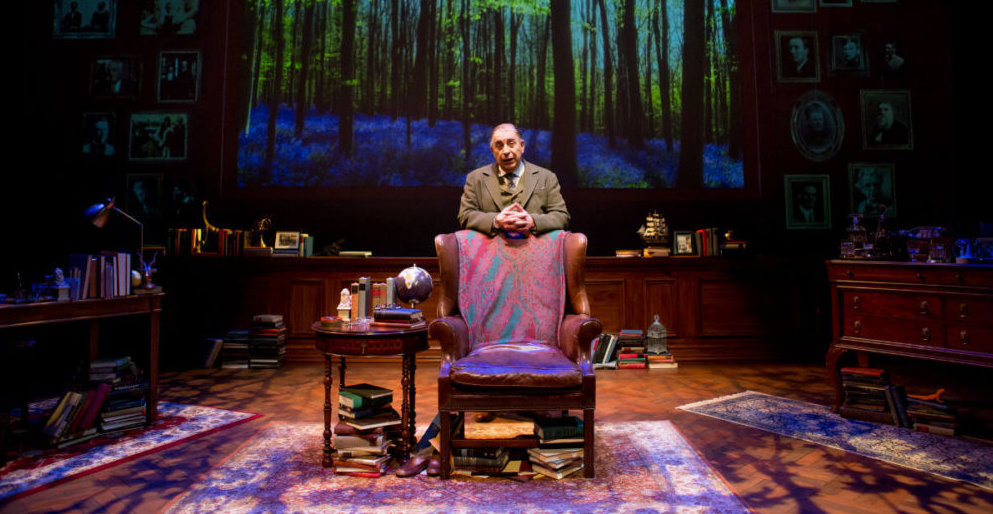 After sold-out performances in New York, Chicago and Washington D.C., awarding-winning actor Max McLean brings his acclaimed portrayal of C.S. Lewis to Folsom. Using Lewis’ own words, McLean brings the brilliant Oxford Don to life, taking us on his extraordinary journey from hard-boiled atheist to “the most reluctant convert in all England.” Includes post-show Q&A with actor Max McLean. 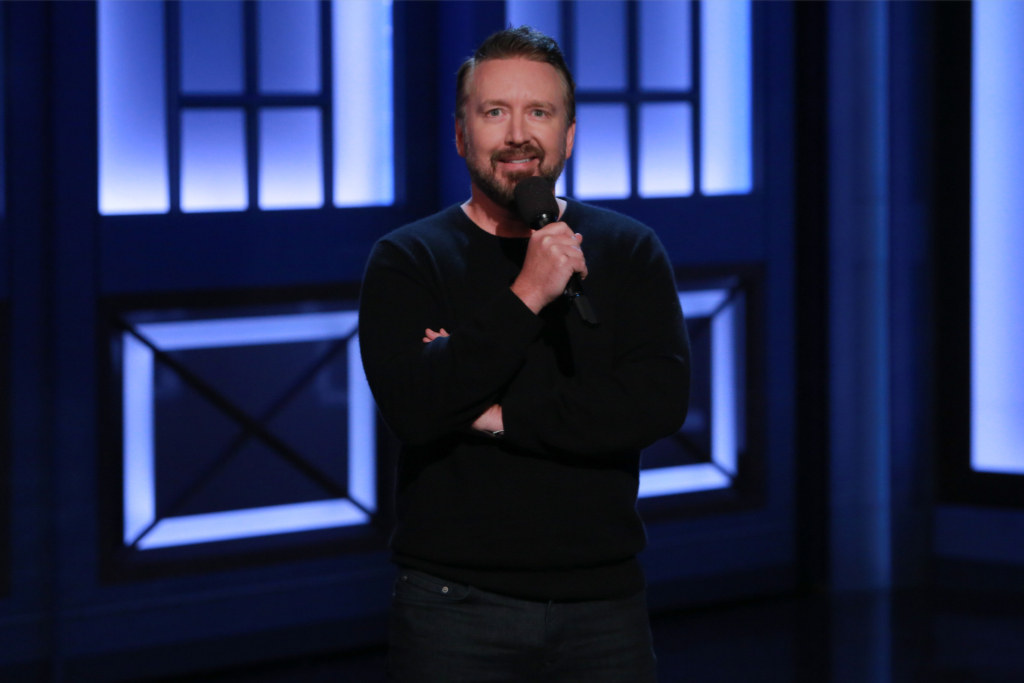 Chad Daniels is a writer, performer and comedian from Fergus Falls, Minnesota. With over 700 million streams of his five albums to date, Daniels is one of the most listened to comics you’ve never heard of. He has received numerous awards for his standup including City Pages ‘Artist of the Year’, Aspen Comedy Festival’s ‘Comics Comic’ award and was named the winner of the Gilda’s Laughfest Competition in 2012.  The documentary “I Need You To Kill” follows Daniels, Tom Segura and Pete Lee on tour in China.

Following a record-breaking year with the release of his number one album, “Si,” world-renowned tenor Andrea Bocelli has announced a U.S. concert tour, including a stop at Golden 1 Center. Joined by the Sacramento Philharmonic & Opera, each performance will feature a unique repertoire from Bocelli’s landmark release Si, as well as treat audiences to his beloved traditional selection of arias, love songs and crossover hits. 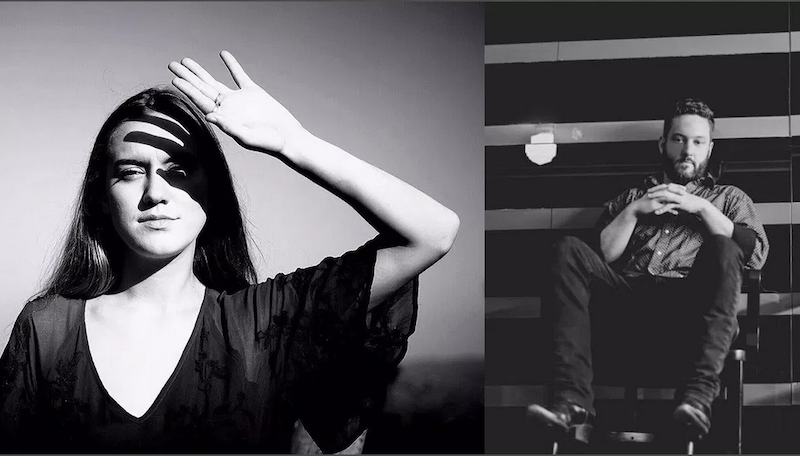 Lilly Winwood, daughter of classic rock legend Steve Winwood, chronicles her journey through earnest coming-of-age narratives on her debut EP, “Silver Stage.” With a sound that—much like her father’s work—offers an English take on traditional American roots music, the songs on “Silver Stage” blend world-weary vocals, ethereal twang and no-nonsense bravado to create an EP that establishes Winwood as a writer that’s wise beyond her years.

Hailing from Nashville, Chris Monteverde was awarded CMA of Texas Rising Star for 2015, Best Americana Act at the Roswell Film and Music Festival in May 2017 and CMA of Texas Album of the Year 2017. He has been writing and playing music since age 13, and has performed widely with bands including Jabberwalkie, Lies A Bloom, and Navasota. 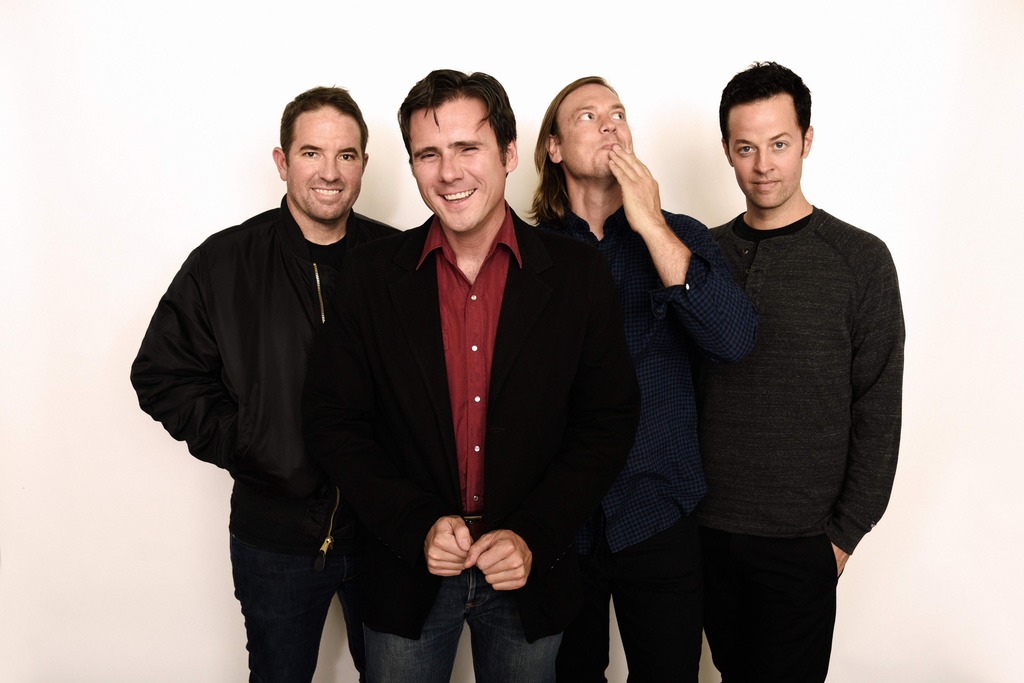 Jimmy Eat World is an American rock band formed in Mesa, Arizona in 1993. The four-piece’s commercial breakthrough came with the successful release of several singles from the album Bleed American (2001). Four singles from the album charted within the top twenty positions of the Alternative Songs chart, with “The Middle” reaching the number one position. 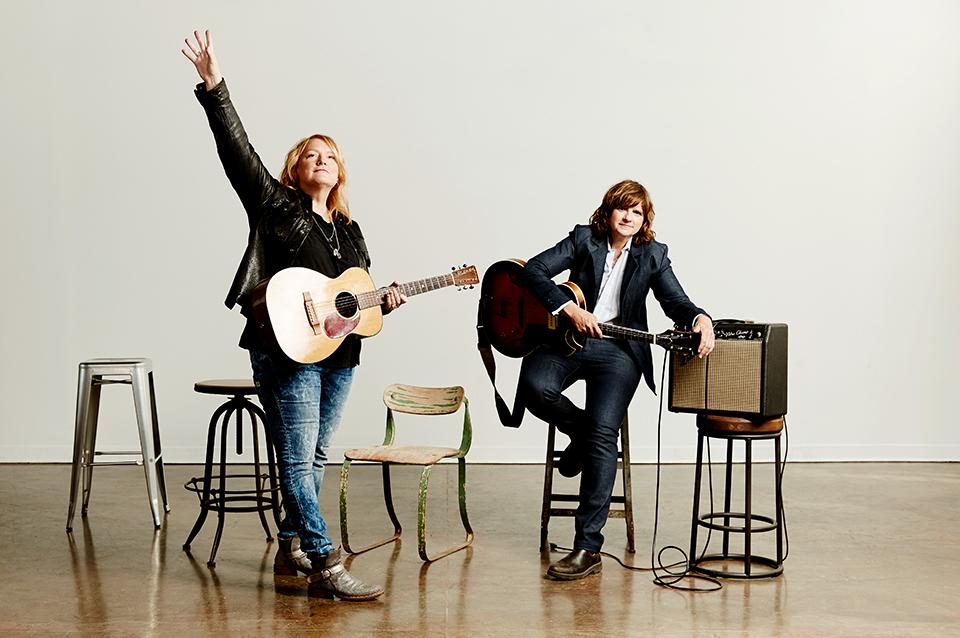 The Indigo Girls will take to the Jackson Hall stage on the Summer solstice! With their latest release, “One Lost Day,” Emily Saliers and Amy Ray have secured their spot as one of the most legendary musical acts of this generation. After releasing their critically acclaimed eponymous album in 1988, it remained on the Billboard Hot 100 Chart for 35 weeks, earned double platinum status, received a Grammy nomination for “Best New Artist” and won “Best Contemporary Folk Recording.”  They were overnight folk icons who continued to live up to the high standards they’d set for themselves: They’ve since released 14 albums (three platinum and three gold) and received six more Grammy nominations for their work. The duo has balanced their long, successful musical career by supporting numerous social causes — the Indigo Girls don’t just talk the talk, they walk the walk.

After returning this summer with their first extensive North American tour since 1981, Jeff Lynne’s ELO is set to bring their outstanding live show to the Golden 1 Center. Their symph-pop music has been characterized as a fusion of Beatlesesque pop and classical arrangements. During the ‘70s and ‘80s, ELO released a string of top 10 albums and singles in including “Don’t Bring Me Down,” “Turned to Stone” and “Sweet Talkin’ Woman.” The band now goes by its current moniker, as Jeff Lynne is the only original member of ELO performing on tour.

Classic Nashville Roadshow brings you some of the most unforgettable songs in country history just as they ought to be — just as you remember them from the radio! Remember when Johnny fell for June, and Loretta was just a coal miner’s daughter? Share an evening with hits such as “He Stopped Loving Her Today,” “King of the Road,” “Momma Tried,” “Harper Valley PTA,” and “Crazy.” This full production features a live band, comedy and the stories behind the legendary performers such as Dolly Parton, Merle Haggard, Tammy Wynette, Hank Williams, and Patsy Cline. It’s like s slice of the Grand Ole Opry. 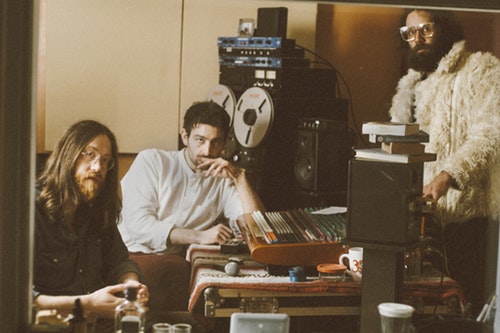 Over the course of their 21-year career, Okkervil River has released nine albums that have given frontman Will Sheff a reputation as one of the greatest working songwriters in the country. As Sheff and his shifting lineup of players have traveled the world many times over. They have made fans ranging from Lou Reed to Barack Obama, and they’ve been praised by outlets from the New York Times to NPR to Pitchfork, who called Sheff “One of indie rock’s most ambitious thinkers.”

2019 is seeing Okkervil River’s two-decades-plus trek around the globe captured and anthologized in A Dream in the Dark, a 12-album live series that follows the group from their shaky and earnest beginnings to their sweat-soaked barnstorming rock club days, and from big festival sets into mellow acoustic improvisations. 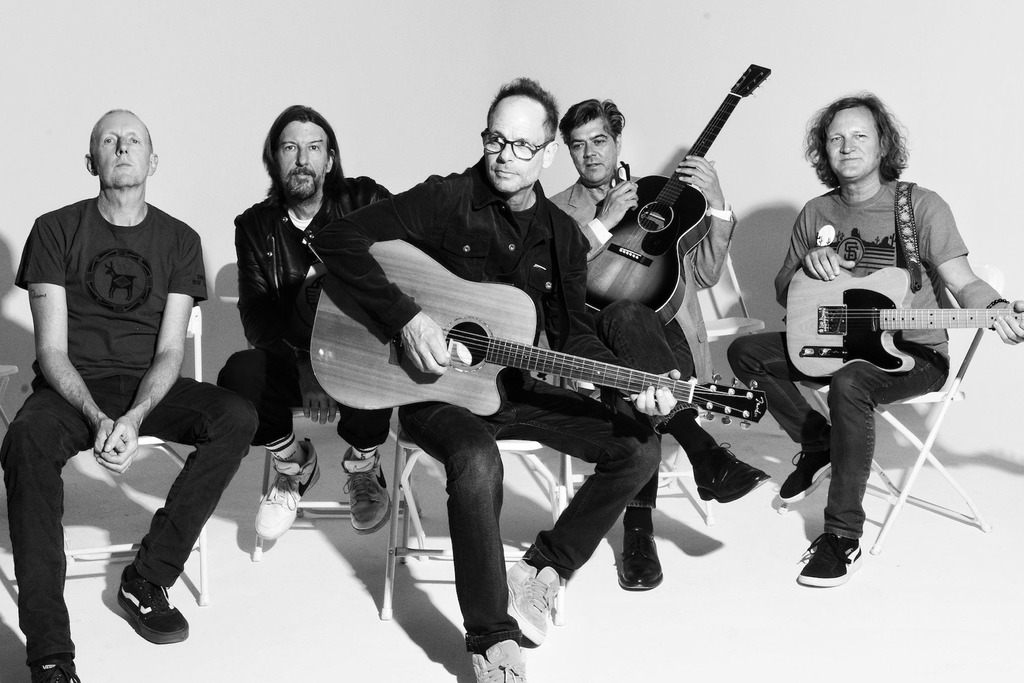 Gin Blossoms hit it big in 1992 with their their multi-platinum breakthrough album “New Miserable Experience,” which eventually went quadruple platinum. The first single released from that album, “Hey Jealousy,” became a Top 25 hit and went gold. The band is on tour right now continuing a successful run of concerts last year when the band celebrated the 25th anniversary of that album by performing it in its entirety along with other GIN BLOSSOMS classics and more. Some of their other notable songs include “Found out About You,” “Allison Road” and “Follow You Down.” 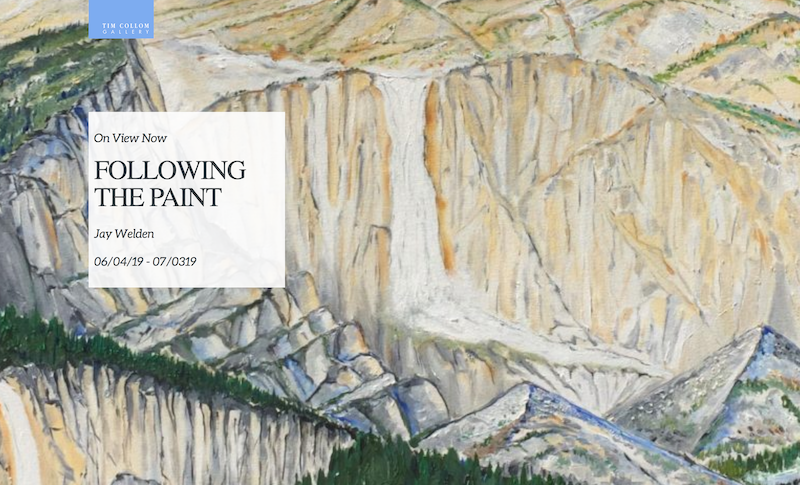 Jay Welden is largely known for his incandescent watercolor work featuring rocks, water, trees, big sky, rivers, lakes and oceans. According to Welden, “There is nothing like being out in the sun, feeling the energy of the scenery. When the connection is good and things work out, the creative result is not just a recording of the scene but a celebration of the moment, a celebration of life.” He says he tries to celebrate and pay homage to the many wonders of nature. This new body of work has similar themes rendered in both watercolor and oil –a newer medium for him. The show also includse several figurative works from his “Muse” series. 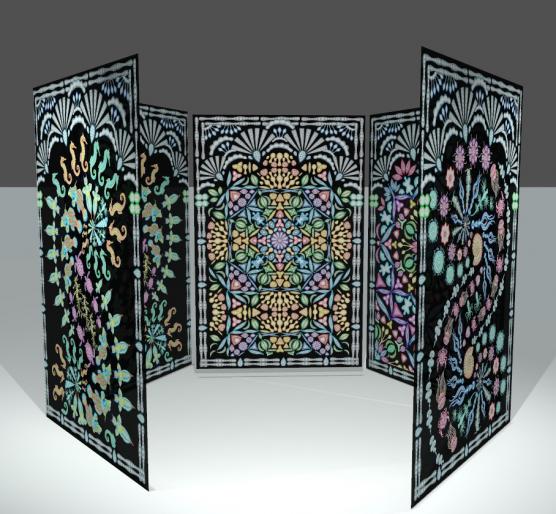 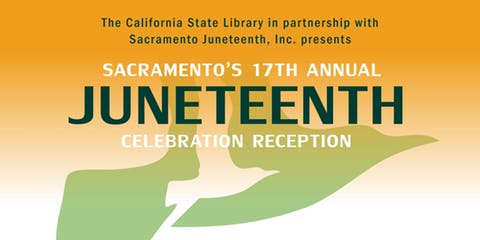 This year’s commemoration of the ending of slavery in the United States features the premier of a new video documentary “Voices of Our Elders,” exhibits featuring local Elders, a library exhibit featuring local African American history, plus music and food. The reception serves as Sacramento’s premiere Juneteenth kick-off event. 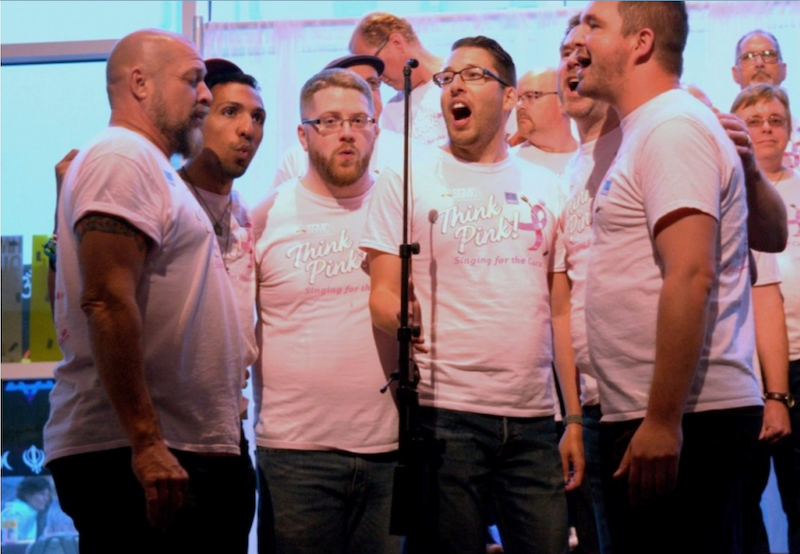 Get loud and proud as ArtMix sets the stage for Pride with dance numbers, show stopping divas and a host of costumed characters. Enjoy performances by the Sacramento Gay Men’s Chorus, Underground Theatre Company, Green Valley Theatre Company, DJs, and more during this evening of singing and mingling, mocktails and cocktails, positivity, and possibilities!