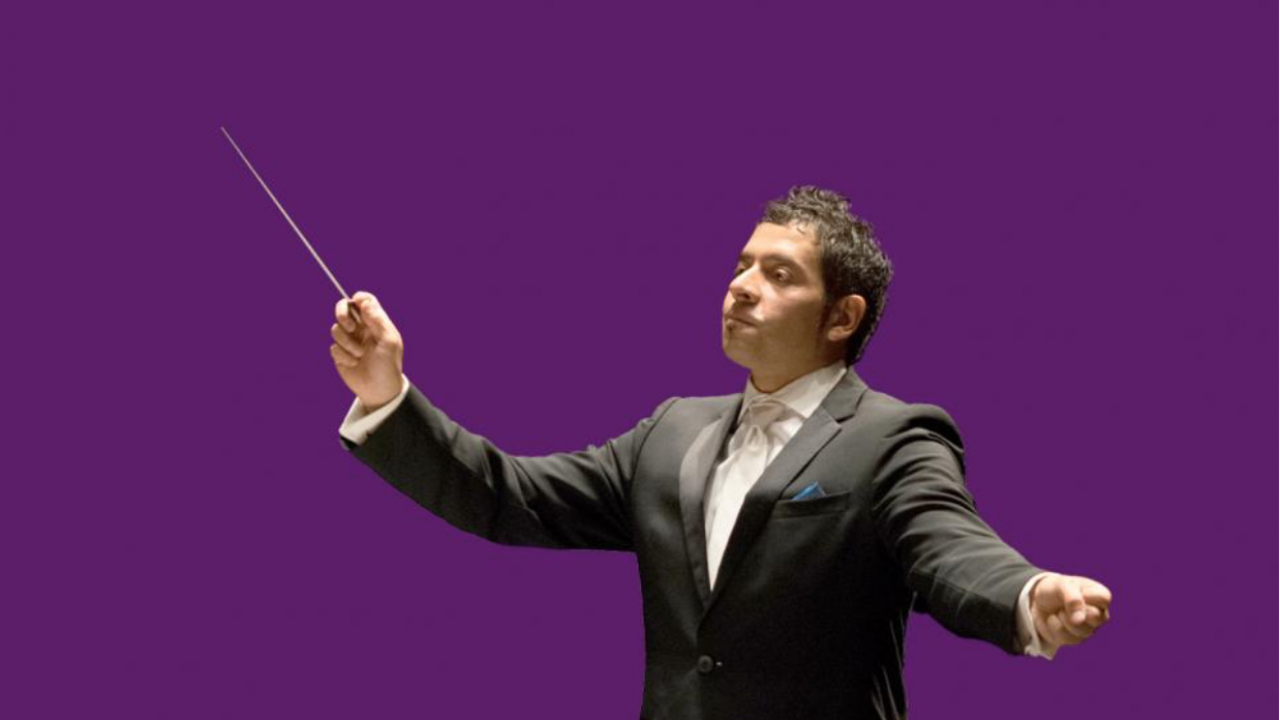 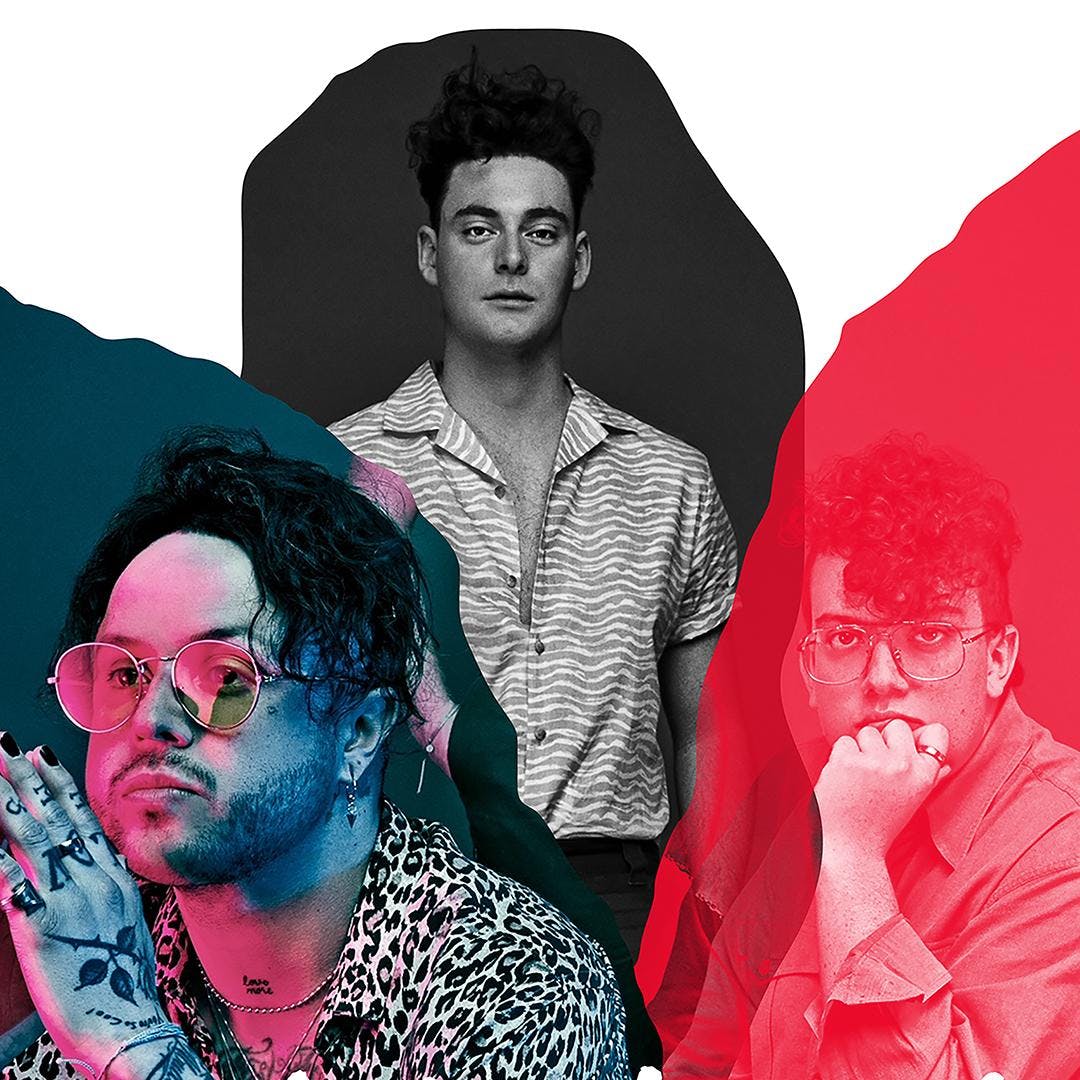 Lovelytheband is an American indie pop trio from Los Angeles. They’ve opened for bands including 5 Seconds of Summer, but are now out on their own, touring in support of their debut album “Finding it Hard to Smile.” Their song “Broken” topped the alternative charts for a couple months last year. 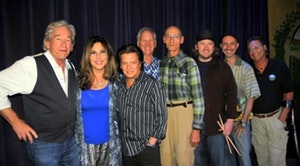 The Sons of Champlin started in 1965 in Marin County, rising from the wreckage of the Opposite Six, a locally popular R&B band from the pre-Beatle era. “Six” members, Bill Champlin and Tim Cain, added Terry Haggerty and the first of a series of drummers and bass players. The new band was named for the “front” man, Bill Champlin. 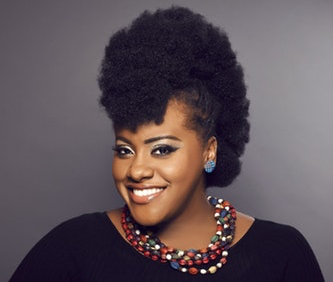 Singer/songwriter Shauna McKenzie, a.k.a. Etana, returned to her birthplace Jamaica following a negative pop industry experience in the U.S. Her most recent album was nominated for a Grammy for best Reggae album. Etana says her influences include Air Supply, Dolly Parton (her mother listed to a lot of country music), Bob Marley and Sizzla. 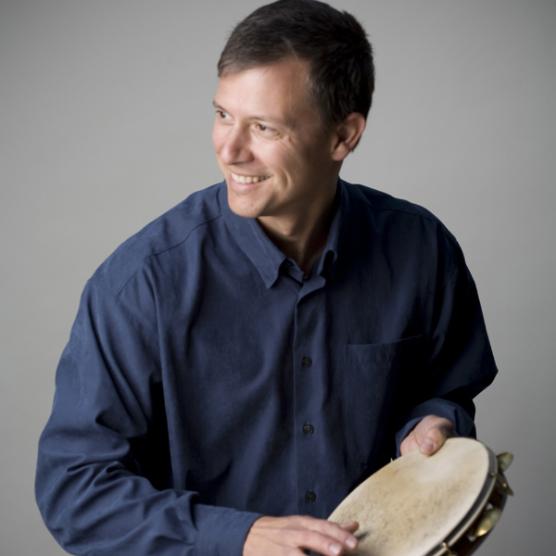 Brian Rice is a highly acclaimed performer, educator, and recording artist and one of the most versatile percussionists in the Bay Area. Though best known as a specialist in Brazilian and Cuban music, Brian can be heard playing a multitude of styles and his percussion playing graces over 60 recordings. 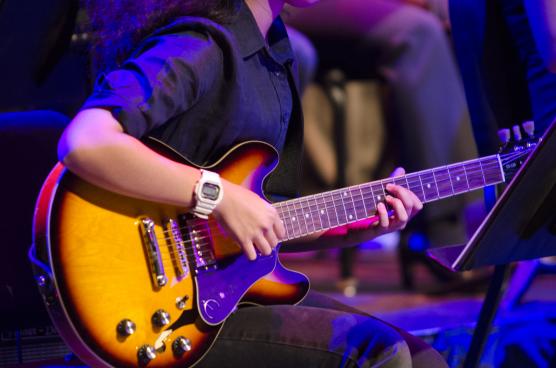 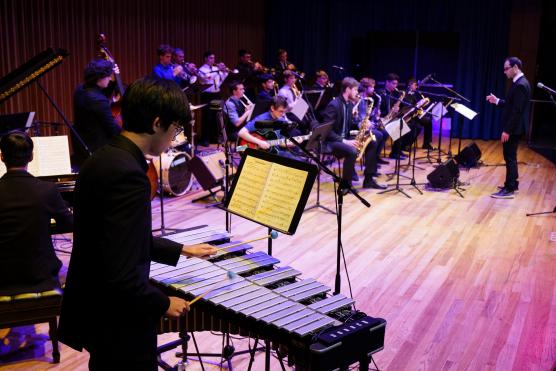 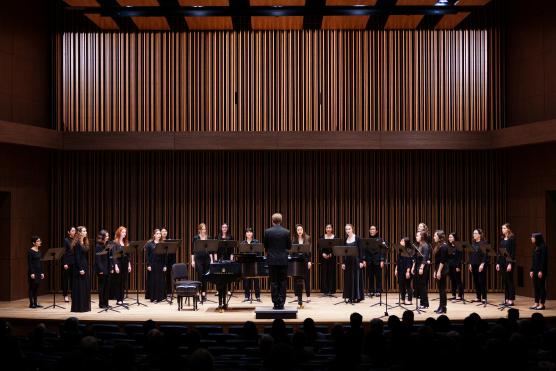 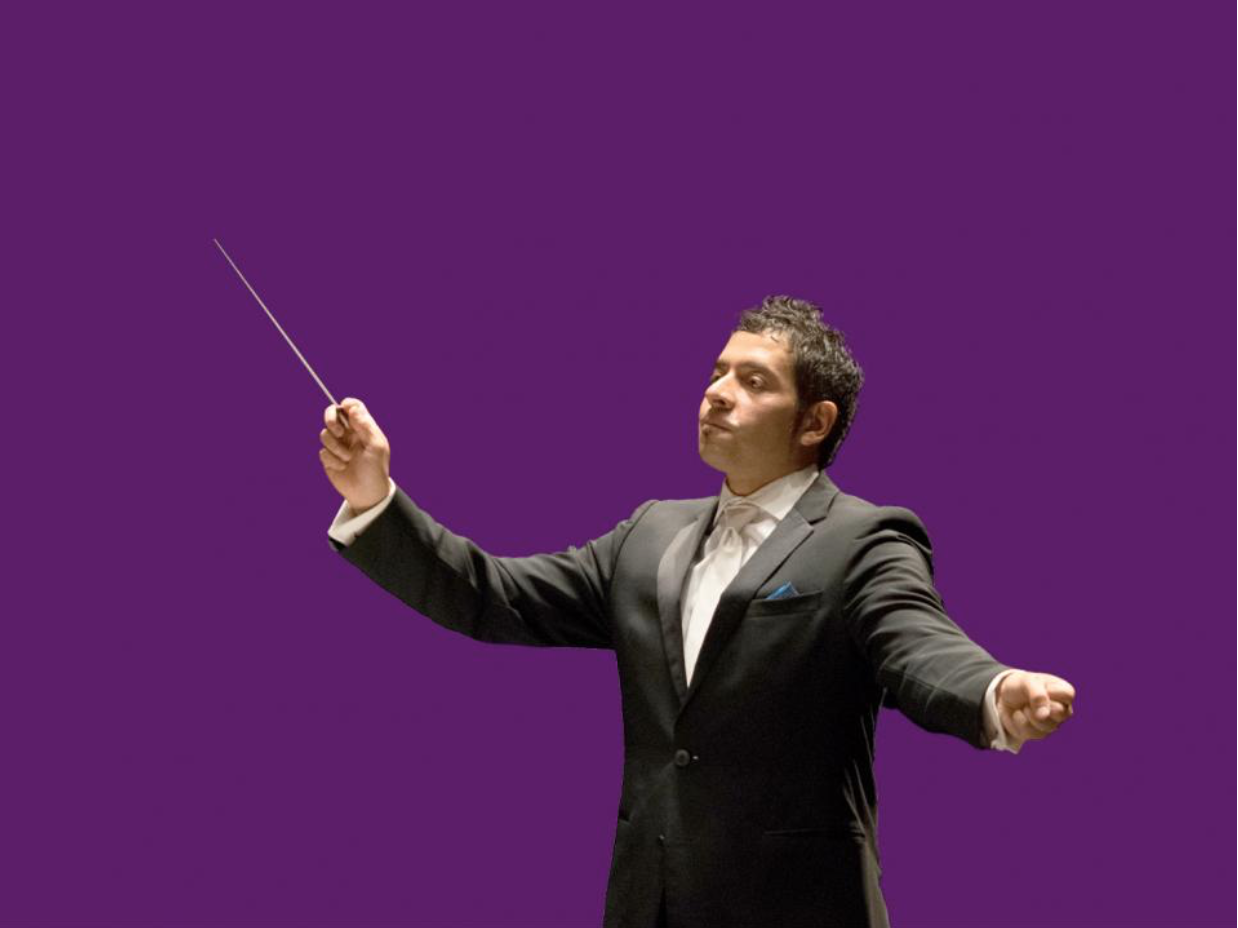 This concert features winners of both the UC Davis Symphony Orchestra’s Concerto Competition and Composition Award.

Schumann: Allegro affettuoso from the Piano Concerto in A Minor with Erica Mineo Winner of the Concerto Competition and undergraduate music student 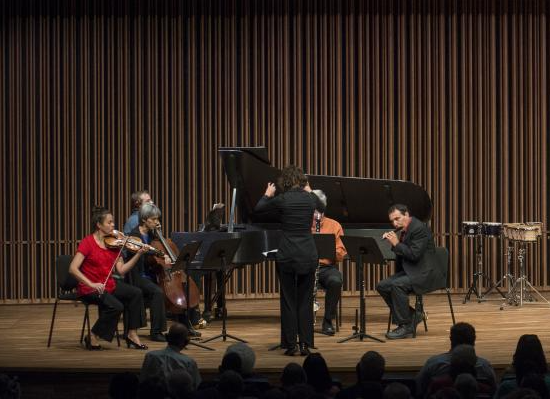 Pre-concert talk with the composers at 2:15 pm. 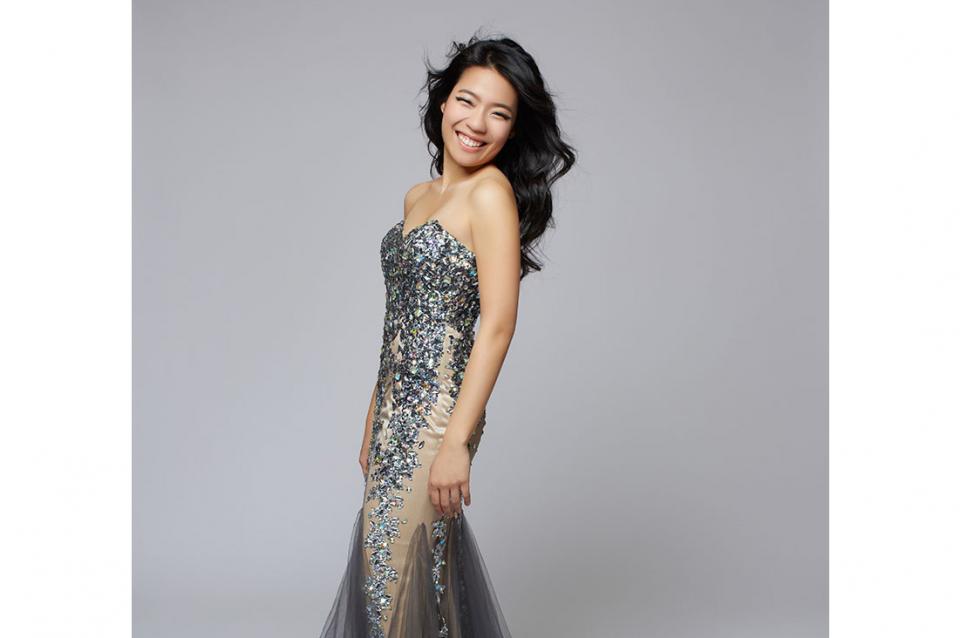 The Mondavi Center is a proud co-commissioner of a new work by Samuel Adams for the Alexander String Quartet and pianist Joyce Yang. This special series event will take place in Jackson Hall, and present Adams’ quintet alongside two treasured pieces of chamber music by Mozart and Brahms. Robert Greenberg will not provide commentary for this event. 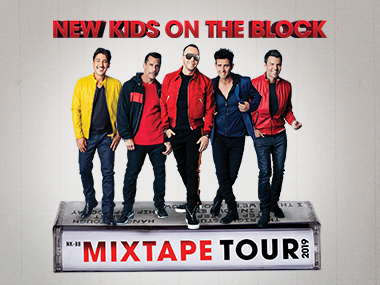 Multi-platinum selling pop super-group, New Kids On The Block, unveiled and epic lineup for their highly anticipated 2019 tour including Salt-N-Pepa, Tiffany, Debbie Gibson and Naughty by Nature. These five iconic acts will stop by Golden 1 Center for the MixTape Tour. 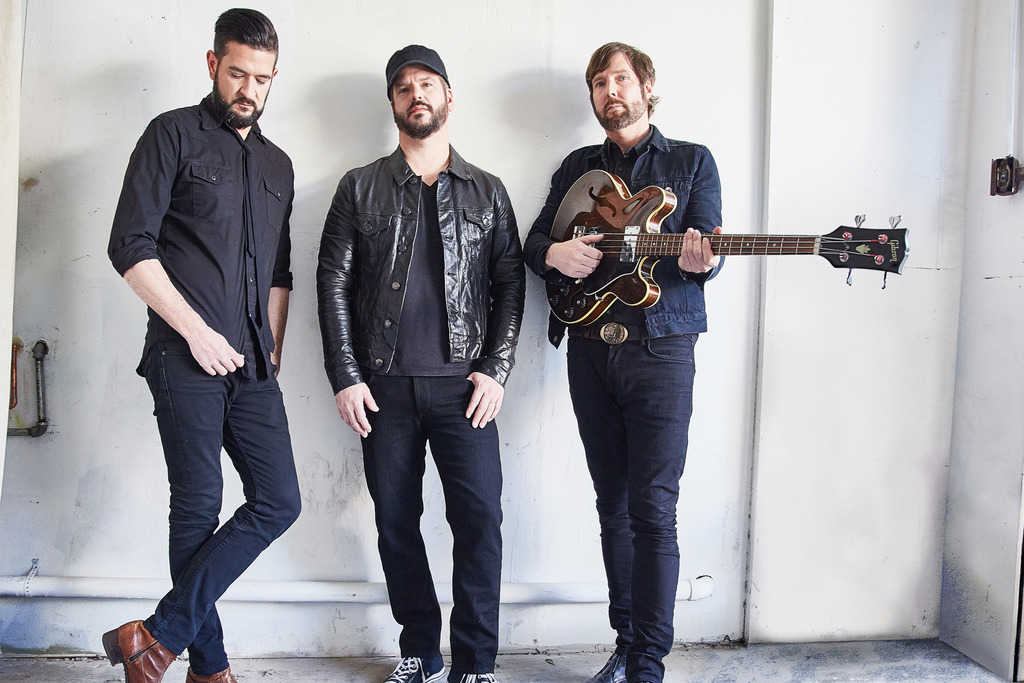 The Record Company is a Grammy nominated American rock band from Los Angeles. The members are Chris Vos, Alex Stiff, and Marc Cazorla. Their music is influenced by blues musicians like John Lee Hooker, early punk bands like The Stooges, and rock bands like The Rolling Stones. 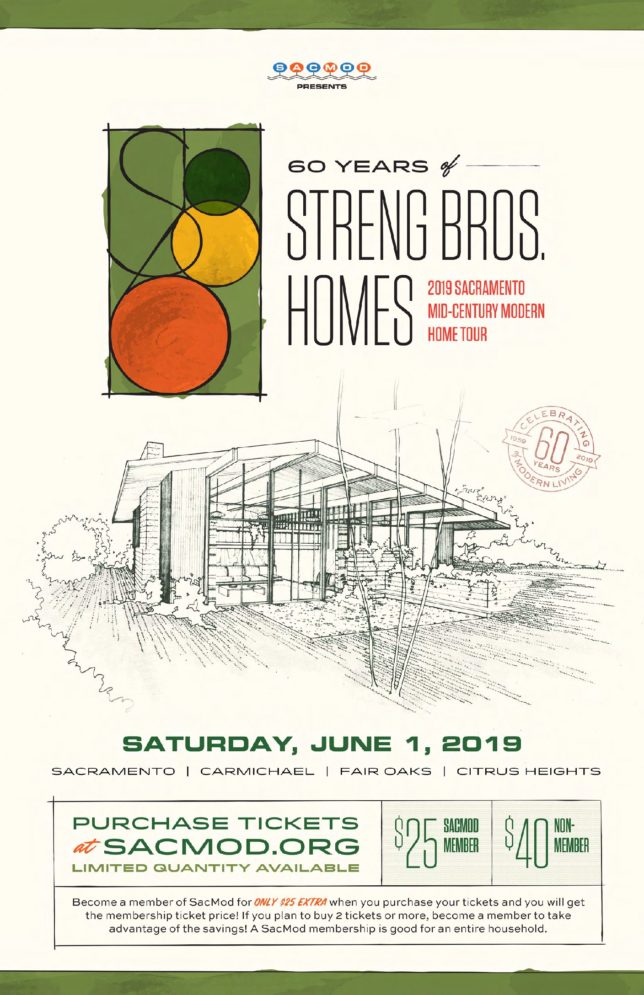 This special-edition tour celebrates the 60th anniversary of Streng Bros. Homes, a Sacramento-based company founded by Jim and Bill Streng who built and sold over 3,500 modern homes in Sacramento, Yolo, and Placer Counties over the course of 30 years. The self-guided tour features a wide variety of Streng Bros. models with distinctive interiors that reflect the mid-20th century aesthetic and lifestyle. Homes along the 18-mile route are located in the neighborhoods of Eastridge (Citrus Heights), Overbrook and Evergreen Commons (Sacramento), and Homewood (Carmichael).

A rare 1959 custom modern home designed by architect Carter Sparks in Fair Oaks is also featured. Note: Instructions regarding the tour route and specific addresses will be provided via email after ticket purchase and before tour day. 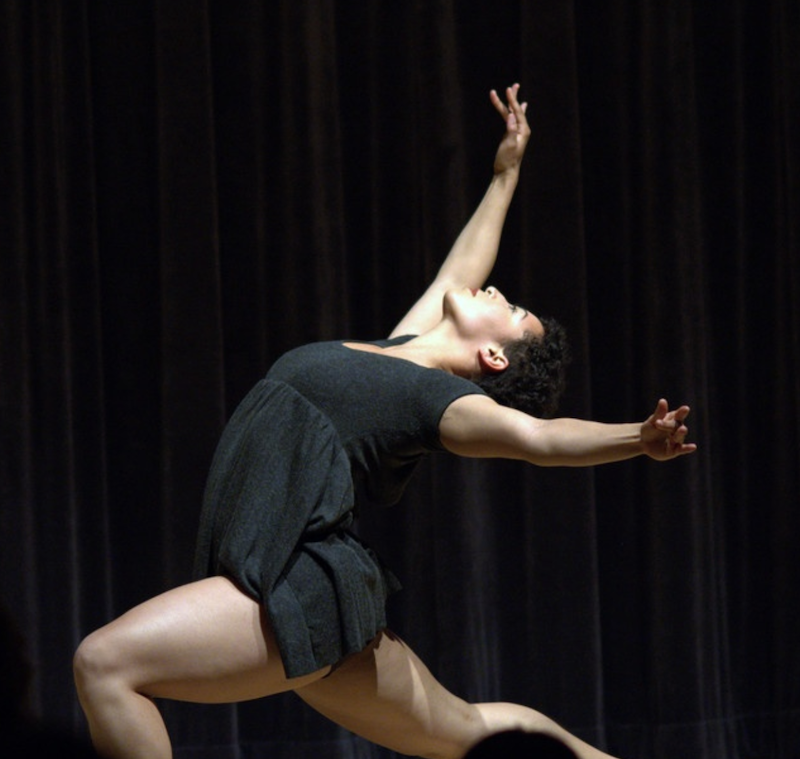 Hatch returns for its eighth year at the Crocker to wow audiences with cutting edge dance performances throughout the museum by established and up-and-coming choreographers. Hatch offers a chance to see the creative process up close and includes a post performance audience Q and A. Taking inspiration from the exuberant, kinetic works in the exhibition Big Ideas: Richard Jackson’s Alleged Paintings, this year Hatch brings spectacle and movement that will re-frame the museum experience. 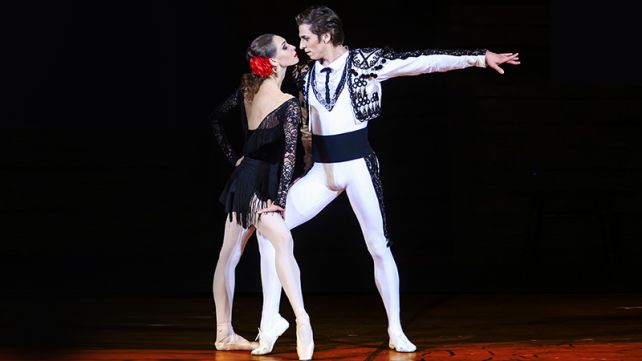 Carmen is as sensual and free-spirited as ever as she finds herself caught in a love triangle. The passionate one-act ballet by Cuban choreographer Alberto Alonso, originally conceived for legendary Bolshoi prima ballerina Maya Plisetskaya, will captivate audiences alongside Petrushka, a new creation for the Bolshoi by contemporary choreographer Edward Clug. The double-bill event for cinemas encapsulates and showcases the soul of Russian Ballet. 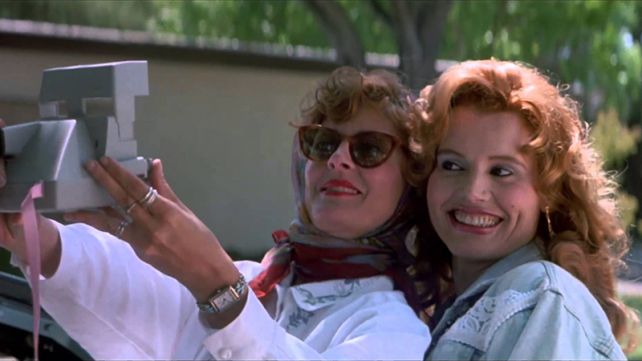 Academy Award winner for Best Screenplay, Thelma and Louise follows meek housewife Thelma (Geena Davis) and independent waitress Louise (Susan Sarandon) on a short fishing trip that quickly becomes a flight from the law when Louise shoots and kills a man who attempts to rape Thelma at a bar. Ending with one of the most iconic moments in cinematic history, the two friends escape from the consequences of patriarchal society the only way they know how, in a film that broke down the walls of the traditional female buddy-comedy.