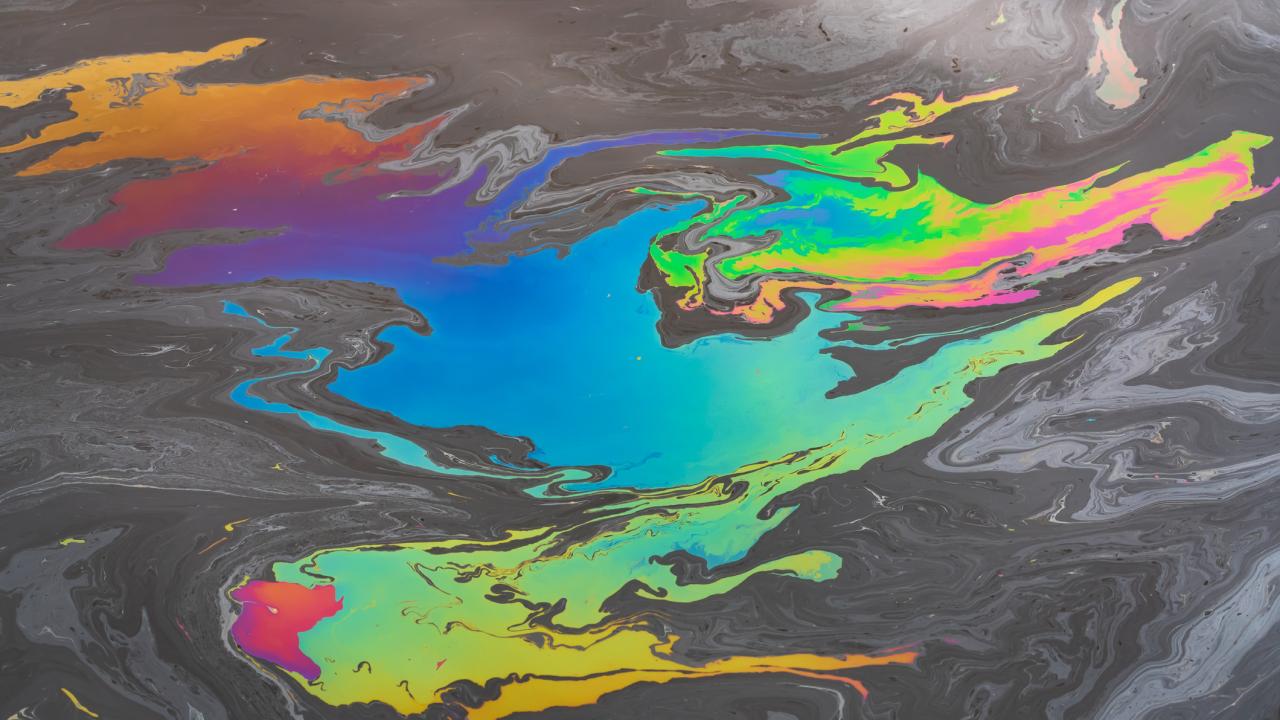 Microbes can change magnetic properties of soils, according to recent work from the University of Delaware. Senior author on the paper is Estella A. Atekwana, now dean of the College of Letters and Science at UC Davis. This article, originally published in the AGU magazine Eos, explains.

In August 1979, an oil pipeline burst near Bemidji, Minn., spraying 1.7 million liters of crude oil onto the ground. Following cleanup, 400,000 liters that had seeped into sediments still remained. Recognizing a unique opportunity, research groups began to study the site to gain new insights into the long-term dynamics of oil spills.

Since then, some studies have observed changes in the magnetic properties of contaminated sediments at what is now known as the National Crude Oil Spill Fate and Natural Attenuation Research Site, managed by the U.S. Geological Survey. Such magnetic changes can reflect—and therefore help monitor—the degradation of spilled oil.

In 2014, scientists first reported a strong magnetic response within the oil layer. However, by the end of 2015, the magnetization had almost totally disappeared. Now, Ohenhen et al. report new observations that illuminate the processes likely responsible for the changes in magnetism at the Bemidji site. Estella A. Atekwana, now dean of the College of Letters and Science at UC Davis, is senior author on the paper.

Specifically, a magnetic, iron-containing mineral known as magnetite in the sediment appears to be both dissolving and undergoing conversion into the less magnetic mineral maghemite, and microbes may be driving much of this conversion.

Between 2016 and 2019, sediment cores were sampled from various parts of the spill site, and the researchers measured their magnetic and mineral properties at the Institute for Rock Magnetism. The scientists also installed packets of magnetite below the water table in the spill site and sampled them periodically to capture any changes.

In line with earlier data, the experiments showed that magnetization in the sediments decreased over time. However, the data point to a few potential processes underlying the decreased magnetization, which may vary depending on the precise location in the spill site.

In sediments outside of the remaining underground oil plume, the data suggest that a minor decrease in magnetization occurred via conversion of magnetite to maghemite through a nonbiological chemical process that relies on oxygen. Within the plume, the researchers found evidence, including signs of decreased sediment grain size, for a combination of dissolving magnetite and conversion to maghemite.

Notably, conversion to maghemite within the plume occurs in a zone known to contain very little oxygen. Yet nonbiological conversion is typically driven by oxygen. Thus, the researchers hypothesize, within-plume conversion may occur as a result of life-sustaining biological processes of anaerobic microbes in this zone.

These findings add to a body of evidence suggesting that microbes can alter the magnetism of Earth materials. Future research could help identify specific microbes that may convert magnetite to maghemite at the Bemidji site.

This article was originally published in Eos, the science magazine of the American Geophysical Union. Text © 2022 AGU. CC BY-NC-ND 3.0.

Earth and Planetary Sciences College of Letters and Science Microbiology