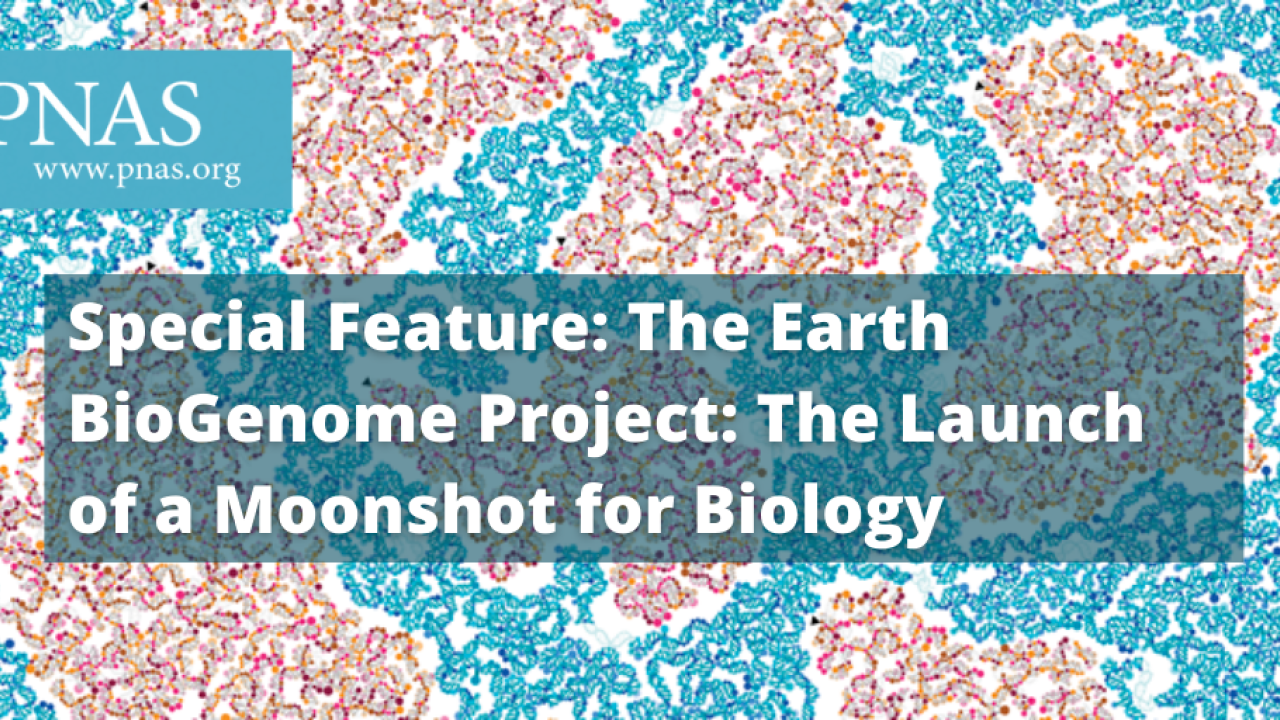 The Earth BioGenome Project, launched in 2018, is moving from planning and pilot projects to major production sequencing. The goal of the project is to complete reference genomes for all species of eurkaryotic life on Earth: animals, plants, fungi, algae and other organisms that package their DNA into a nucleus. The new phase of the project is marked with a special feature collection of articles in Proceedings of the National Academy of Sciences.

Three examples show the scope of the project, headquartered at the UC Davis Genome Center, and some of its benefits.

Australian geneticist Jenny Graves and her team at LaTrobe University discovered that in bearded dragons, lizards popular as pets, sex is determined differently than in any other known animal.

Bearded dragons do have sex chromosomes, Z and W -- males have two Z chromosomes and females a Z and W. Both chromosomes carry the gene nr5a1, a candidate for sex determination. The expectation was that nr5a1 would differ between Z and W chromosomes. But sequencing shows that both versions of nr5a1 are identical.

What is different between the male and female chromosomes is their size. The W chromosome is bigger than Z and contains lots of repeated sequences. Graves' team discovered that what really makes the difference is not the gene itself but the DNA around it.

“So rather than sex being determined by the base sequence of a sex gene – like in humans, and every other animal we know about – in the dragon lizard it was about the gene’s kinky chromosomal ‘neighbourhood’,” she said in a statement.

The discovery (also published in PNAS) shows the importance of looking at more species, Graves said.

“We would never have discovered this unique way of doing genetic sex determination if we’d just looked at humans, mice and zebrafish," she said. "Peculiar species like dragon lizards can provide new information about genes and gene regulation.”

The ocean is the largest and most biodiverse ecosystem on Earth, and one of the most understudied. The deep sea hosts a wide range of unique habitats including immense pressures, near-freezing to beyond-boiling temperatures, absence of sunlight, and chemicals toxic to almost all other life forms on Earth. As part of the Earth BioGenome Project, the Deep-Oceans Genomes Project, co-led by the Woods Hole Oceanographic Institute and the University of Connecticut, will obtain fundamental new knowledge about the organization, evolution, functions and interactions of life in the deep ocean.

“Deep-sea life has overcome some incredible challenges, but it has been able to thrive and diversify,” said WHOI deep-sea biologist Tim Shank, who will co-lead the Deep-Ocean Genomes Project with Rachel O’Neill, Director of UConn’s Center for Genome Innovation. “Learning more about the deep ocean could revolutionize our understanding of biology and evolution on Earth in ways that stand to benefit both society and the environment.”

The roots of plant genomes

Green plants make up the crops that feed the world as well as absorbing carbon dioxide and releasing oxygen. Plant genomes range from just 65,000 bases (letters) of DNA to 150 billion bases. So far, plant genomes lag behind animals: there are just 883 whole genome sequences of green plants available out of an estimated 400,000 species, compared to 2,019 sequences for the 73,000 species of vertebrate animals.

Addressing that gap is the goal of the botanists and plant scientists in the Earth BioGenome Project, including researchers at Fort Worth Botanic Garden/Botanical Research Institute of Texas, the Smithsonian Institution, Royal Botanic Gardens, Kew, the Florida Museum of Natural History and others.

The Global Genome Initiative for Gardens, established in 2015, is an international partnership of botanical gardens and arboreta with nearly 50 partners supporting the collection, preservation and sharing of genomic resources from plants. Data from these collections is made publicly available and shared through scientific networks such as the Global Genome Biodiversity Network (GGBN) to facilitate genomic research. To date, GGI-Gardens has supported the collection of nearly half of the genera of vascular plants on Earth.

“Plants are the foundation of environments across the planet and deciphering their genomes will be a game changer for understanding nearly all aspects of our own lives, from improving foods and medicines to inspiring artists and enhancing ecosystem stability,” said John Kress, curator emeritus at the Smithsonian.

The Earth BioGenome Project: The Launch of a Moonshot for Biology Special Feature (PNAS)

Untangling the roots of plant genomes: Supporting a “moonshot” for botany