How Do We Resolve the Rural Lawyer Shortage?

The crisis of rural lawyer shortages has been largely ignored. For example, 14% or 46 million people live in rural areas but only 2% of lawyers practice there. A 2017 report found that 71% of low-income households experienced at least one civil legal problem involving domestic violence, veterans benefits, disability access, housing conditions and healthcare. Yet, of the problems reported, 86% received inadequate or no legal help. 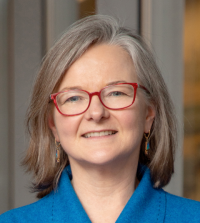 In a recent podcast episode by the UC Davis School of Law, UC Davis Law Professor Lisa Pruitt discussed her ongoing research into rural lawyer shortages. She identified the great need for services in the legal deserts of rural communities and explored how channeling urban resources to rural areas, expanding pipeline programs, bolstering legal education about rural issues, and providing financial incentives for lawyers to practice in these areas can help.

“I first became aware of legal deserts in 2013 when the state of South Dakota instituted a program called Project Rural Practice,” said Pruitt. “This program pays lawyers a stipend if they agree to go work in an underserved rural community for five years. So on the occasion of the founding of Project Rural Practice, the University of South Dakota held a symposium on the topic and they invited me to participate which drew me into this ongoing research that I’ve been doing for the last nine years on the topic.”

"What we’re seeing is that young lawyers are not as interested as prior generations were in going to rural places.”

Some states such as Iowa and South Dakota have begun to pay attention to succession planning, which refers to identifying students in law school or recent graduates that might be interested in going to a rural area and connecting them with a practitioner who is looking to retire and seeing if there is a good fit.

In addition, several initiatives, including in California, are attempting to expand urban resources to rural areas. “There is an initiative in California called Justice Bus and UC Davis students have participated in this,” said Pruitt, which involves “getting on a bus for the day and going to a rural place and meeting with seniors who have legal needs there. This can serve the need of exposing them to rural places so that they might be more open to rural work.”

Pruitt says talking about rural practice as a rewarding and legitimate career option is another step toward alleviating the rural lawyer shortage. “I teach a course called Law and Rural Livelihood, which exposes students to what makes rural communities different and what some of the legal issues are and how they play out in rural communities.”

“If we’re gonna solve problems we need updated data on how bad this problem is. I think it would be really helpful to survey rural lawyers and find out what an economically viable rural practice looks like.”

“We are trying to collect as much data as we can get our hands on not only to document where are the deserts, how acute are they, and what’s coming down the pipeline in terms of them getting worse as older lawyers retire, but very importantly, what are different jurisdictions doing to solve the problem, and I think there’s a hope that some best practices will emerge.”