Tickets are still available for the Alexander String Quartet concert this Sunday at the Mondavi Center for Performing Arts (see story below), but don’t forget to plan for next season, too.

From old friends to new artists, the season is as rich and varied as any presented. It’s a celebration of where Mondavi has been and a mile-marker pointing at the path ahead.

The Mondavi Center announced its 2022–23 season of performing arts, celebrating 20 years of presenting the finest in music, dance, speakers and theater. The season, supported by the Nancy and Hank Fisher Family Fund, begins in earnest Oct. 6, 2022, with a performance by the San Francisco Symphony almost 20 years to the day that the symphony appeared at the Mondavi Center’s Opening Gala. This time the Symphony, led by new music director Esa-Pekka Salonen and featuring soprano Golda Schultz, will kick off the season.

The digital brochure has all the artists, from Aida Cuevas to Zach Norris, grouped by the genres you love to explore: Orchestras; Dance; Recitals; Jazz; American Roots; Chamber Music and more.

Donors and subscribers can currently purchase subscriptions. Subscriptions for all go on sale May 23. See the full news story here. 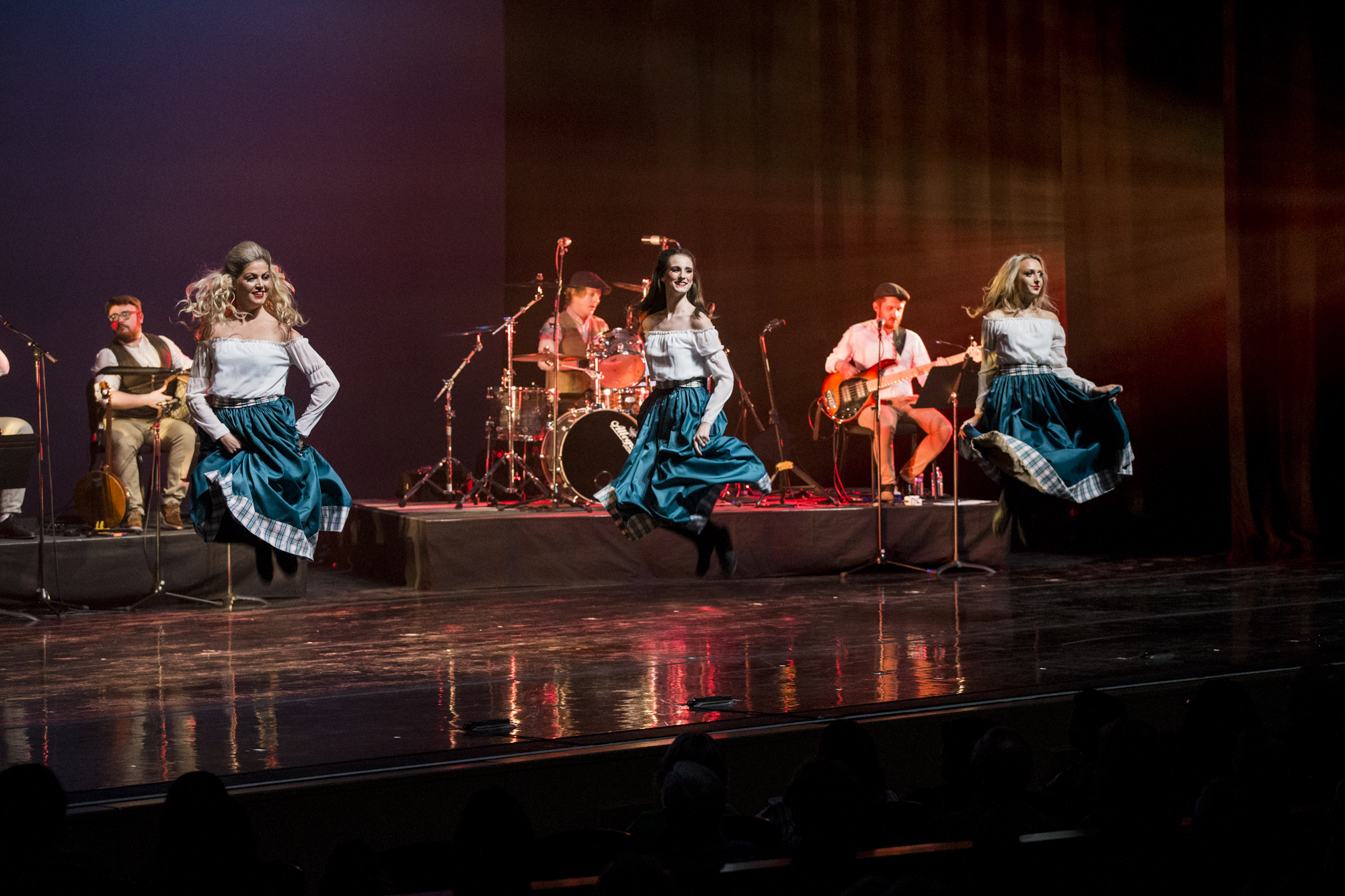 Dublin Irish Dance will be featured in a spring performance at the Mondavi next year. (Courtesy/Bicek Photography)

Wangechi Mutu's work deals with the very idea of human representation: how we see ourselves and reproduce images of what we think we are, how we view others and create images of what we think of them. In her ongoing conversations with figuration, Mutu’s work looks at the value systems that prop up various types of representation using ink, soil, ash, bronze, driftwood, horn and pigments. Within her collage-paintings, objects, films and performances, the figure is always in focus, seeking to find more about who and what we are. See more here. 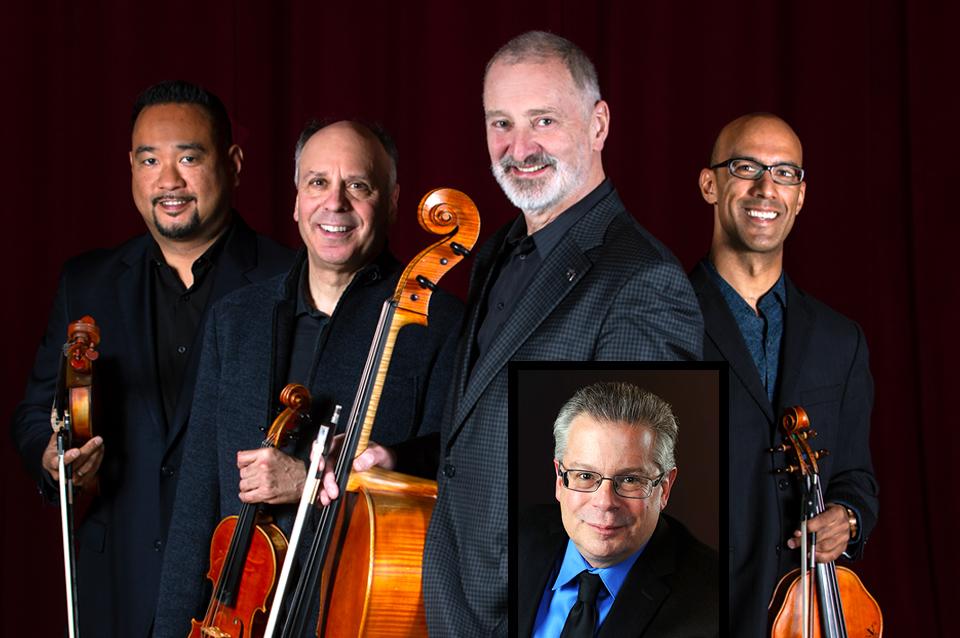 A major artistic presence in its home base of San Francisco, the Alexander String Quartet is equally beloved in its second home, the Mondavi Center. This year the quartet appears with new violist David Samuel joining cellist Sandy Wilson, and violinists Fred Lifsitz and Zakarias Grafilo. All Alexander String Quartet performances will take place in Jackson Hall.

Greenberg has performed, taught and lectured extensively across North America and Europe. He is currently music historian-in-residence with San Francisco Performances, where he has lectured and performed since 1994.

Coming Up Next Week

Experience new works by student filmmakers at the 2022 Film Fest @ UC Davis. Now back in person, the festival will be held May 16 and 17 at the Varsity Theatre in downtown Davis.

“We are so grateful to be able to present this year’s festival in person after two years of being virtual,” said Christine Davis, publicity director for Film Fest. “Returning to an in-person event adds excitement and enthusiasm for the screenings as the filmmakers experience an audience’s reaction to their work.”

Film Fest showcases films that are eight minutes or less and have been created by undergraduate or graduate students and recent graduates. The films include a variety of genres and styles, from narrative to documentary to experimental, with a different program each evening.

Established in 2000 in the UC Davis Department of Theatre and Dance, the festival was founded by students involved in filmmaking (with other departments joining later). Alumni filmmakers have gone on to submit works to numerous regional film festivals.

Complete details and ticket information are at filmfreeway.com.

The festival is co-produced by the UC Davis departments of Art and Art History, Cinema and Digital Media, Design, Music, and Theatre and Dance, which are part of the College of Letters and Science.

Connie Butler is the chief curator at the Hammer Museum in Los Angeles where, since 2013, she has organized numerous exhibitions including the biennial of Los Angeles artists, Made in LA (2014); Mark Bradford: Scorched Earth (2015); Marisa Merz: The Sky Is a Great Space (2017) and Lari Pittman: Declaration of Independence (2019). She also co-curated Adrian Piper: A Synthesis of Intuitions, which was organized by the Museum of Modern Art, New York, and opened at the Hammer in October 2018. From 2006 to 2013, she was the Robert Lehman Foundation Chief Curator of Drawings at MOMA, where she co-curated the first major Lygia Clark retrospective in the United States (2014) and On Line: Drawing Through the Twentieth Century (2010). Butler also organized the groundbreaking survey WACK! Art and the Feminist Revolution (2007) at the Museum of Contemporary Art, Los Angeles, where she was curator from 1996 to 2006.  She was the 2020 recipient of the Bard College Audrey Irmas Award for Curatorial Excellence.

Organized by the Department of Art and Art History. Co-sponsored by the UC Davis College of Letters and Science and the Manetti Shrem Museum.

The Visiting Artist Lecture Series is organized by Art Studio faculty and master of fine arts  candidates. It invites some of the most compelling practitioners and thinkers working today  to UC Davis —  including  nationally and internationally recognized artists, critics and curators — for public lectures, readings and critiques with students and faculty across disciplines.

Art Social Media of the Week

Link to the tweet and see the video about this recent dedication in the arboretum.

Congratulations to @raven_chaconn, winner of the ’22 Pulitzer Prize for Music. His "Tremble Staves" was performed in March by @UCDavisMusic and Native American studies students in the @UCD_Arboretum https://t.co/Wq39pfxeGr pic.twitter.com/jTlRU7vfMn