Pianos Coming Back This Summer

'Vibrant Explorations' at the Barn Gallery

‘Young, Gifted and Black’ at Manetti Shrem next month for west coast debut

A wide-ranging exhibition that highlights artists of African descent whose work explores identity, politics and art history makes its West Coast debut July 28 at the Jan Shrem and Maria Manetti Shrem Museum of Art, at the University of California, Davis.

Young, Gifted and Black: The Lumpkin-Boccuzzi Family Collection of Contemporary Art is the first public stand-alone exhibition curated from the renowned Lumpkin-Boccuzzi Family Collection. As a key component of collector and advocate Bernard Lumpkin’s public education focus, Young, Gifted and Black is traveling primarily to college and university galleries and museums. Initially scheduled to open at the Manetti Shrem Museum in July 2020, but delayed by the COVID-19 pandemic, it will be on view July 28 through Dec. 19. Young, Gifted and Black is curated by Antwaun Sargent and Matt Wycoff and organized for the Manetti Shrem Museum by Associate Curator Susie Kantor.

Young, Gifted and Black gathers and elevates an emerging generation of contemporary artists who are engaging with the work of their predecessors while finding different ways to address the history and meaning of blackness in their work. The group includes well-known artists David Hammons, Kerry James Marshall, Mickalene Thomas, Henry Taylor and Kara Walker, as well as a younger generation gaining wider recognition, including Tunji Adeniyi-Jones, Sadie Barnette, Cy Gavin, Arcmanoro Niles, Jennifer Packer and others. The survey is organized around four themes — dramatic use of color, reclamation of the color black, materiality (non-traditional materials), and an expanded idea of portraiture.

I belong here, a neon sculpture by Tavares Strachan, is also on loan from the Lumpkin-Boccuzzi Collection. It is installed in the Manetti Shrem Museum’s lobby through March 2023, coinciding with Young, Gifted and Black.

“The Manetti Shrem Museum is excited to host this thought-provoking exhibition,” said Founding Director Rachel Teagle. “Not only does it introduce some of the most significant artists working today to UC Davis and the region, but it’s also in keeping with our track record of presenting emerging artists.”

Only five of the artists in Young, Gifted and Black are based on the West Coast, including Sadie Barnette, whose exhibition Dear 1968,… was at the Manetti Shrem Museum in 2017.

“I’m thrilled to be partnering with the Manetti Shrem Museum team in bringing Young, Gifted and Black to the West Coast,” said Lumpkin.

“At a time when America is wrestling anew with race and racism, and debates about equality and inclusion in the art world have taken on greater urgency, this exhibition assesses how artists today are shaping the way we think about identity, art and history.”

Keep an eye on the Arts Blog for more details as they develop.

'In the Key of Davis' piano program returns

The City of Davis is announcing the return of the public pianos after their long hibernation for In the Key of Davis, a program that provides six pianos for recreational playing at the following community locations: Central Park, Davis Commons, Davis Food Co-Op, Hunt-Boyer Plaza, Manetti Shrem Museum of Art, and Mary L. Stevens Davis Branch Library.

This year, a new piano debuts at Central Park that was designed by Birch Lane’s sixth grade teacher Amy George’s students, who were inspired during an in-depth study of Yosemite National Park.

“The City recognizes the social and emotional health benefits of making and listening to live music,” said Mayor Gloria Partida. “The pianos help create a positive space to bring the community together.”

Pianos will be tuned shortly after being placed in the Davis community during the summer months. In the Key of Davis brings delight and surprise to Davis public spaces by providing used and vibrantly painted pianos for everyone to play. The pianos offer a space for improvisational gatherings, spontaneous connections and celebrations of music

In the Key of Davis was launched in 2015 as the brainchild of two local teenagers, Isabelle and Hailey Shapiro, who experienced a similar program while visiting another city. The Shapiro Family has been coordinating the program since its inception and working with the City each year. Once launched, the pianos spurred a flurry of media and community praise and have been commended as one the most engaging and accessible projects in Davis by community members and the media.

Art Social Media of the Week 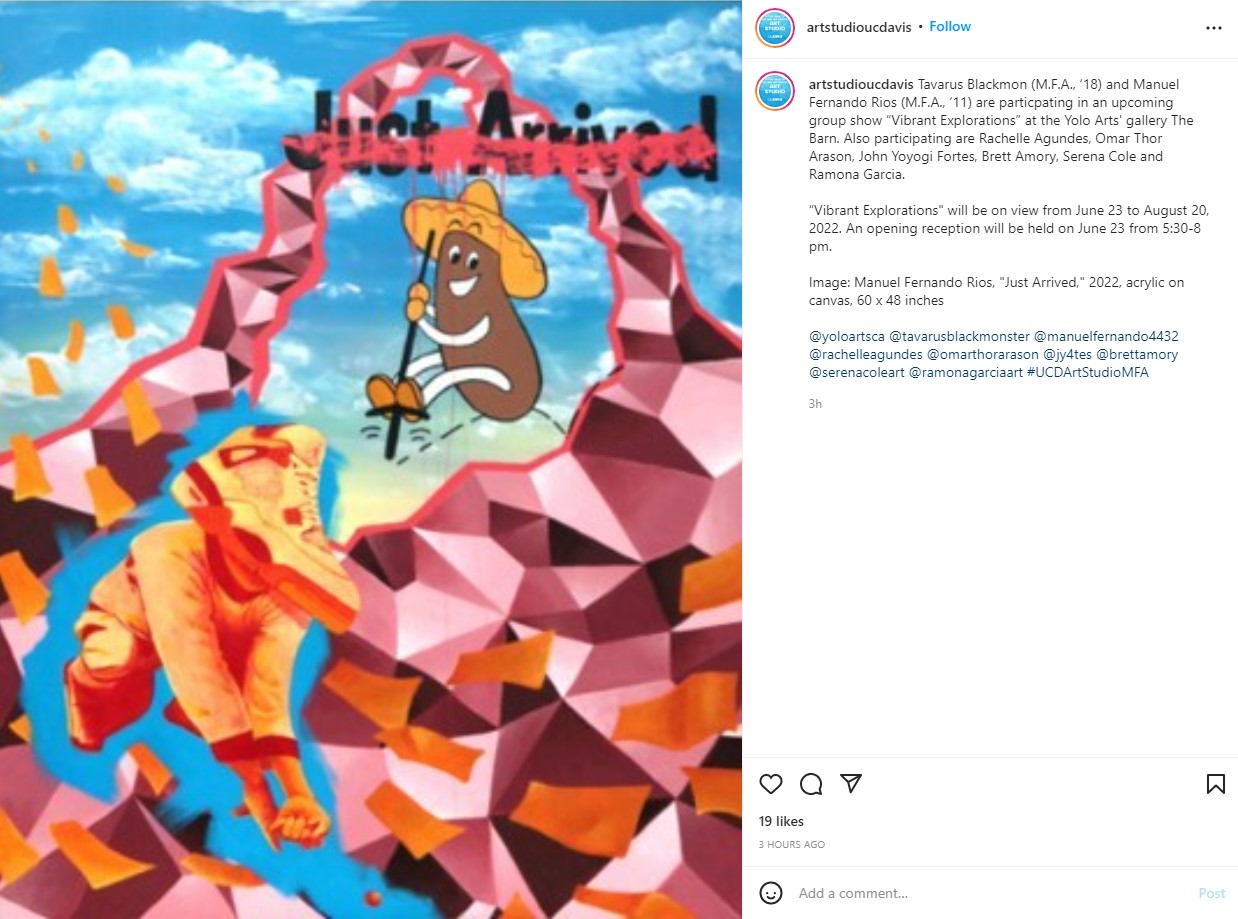