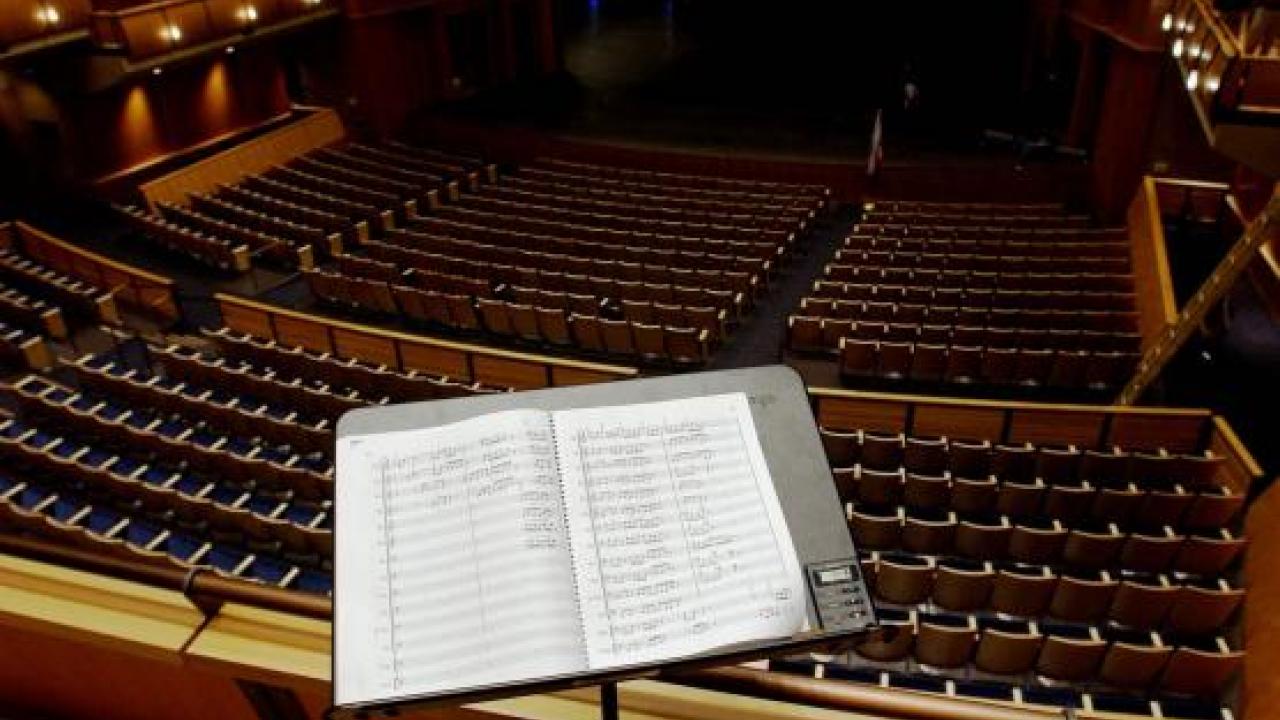 Professor Emeritus Andrew “Andy” Frank was a longtime faculty member and prolific composer who was always willing to contribute a commemorative piece, like the brass and double-timpani fanfare Réjouissance that heralded the opening of the Mondavi Center for the Performing Arts in 2002.

A consummate artist, Andy was in his beloved music studio until the very end, composing, revising and revisiting cherished musical and literary masters of the present and past.

During a concert by UC Davis’ Empyrean Ensemble in 2007, the year he took emeritus status, Frank remarked: “I am grateful to the University of California for allowing me the opportunity over the past 35 years to compose, teach and realize my musical ambitions.”

In that same talk, he described his work as being largely descended from early 20th-century modernism.

Among his last works were Matinee d’ivresse and Au bout de la nuit, premiered by the Empyrean Ensemble; Rhapsody for cello and piano; Duo Concertante for clarinet and piano; Autumn Rhythm V for two marimbas; Autumn Rhythm VIfor piano; A Mind of Winter for violin and guitar; and, a particular favorite of his friends, Still Life for solo viola, composed in memory of his father.

The UC Davis Symphony Orchestra and Concert Band and several other faculty members, as well as the Empyrean Ensemble, performed his compositions.

His music may be heard on several album recordings, which feature, among other performers, Marimolin, The Debussy Trio and Lara Downes.

Read the complete tribute by Phil Daley, events and publicity manager for the Department of Music.